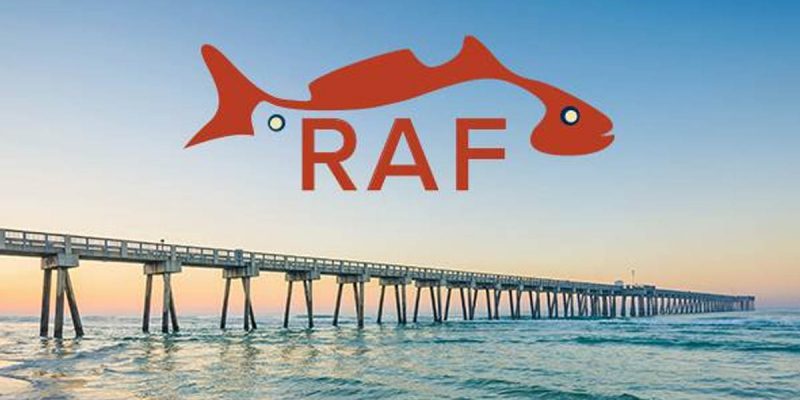 …and while we’re not sure what it is we do find it interesting. There is an e-mail circulating in conservative circles in the state which positions the Redfish Action Fund as something of an answer to the Democrats’ attack-dog PACs operating in the last few election cycles with mixed results.

If that doesn’t ring a bell with you, the best example we can offer was the rather innocuously-named Gumbo PAC, which in and of itself is significant of nothing. But what the people behind Gumbo PAC – and it turns out that was Democrat political consultant Trey Ourso and a bunch of multi-millionaire trial lawyers, and in particular legacy-lawsuit ringleader John Carmouche – were doing was to build a months-long operation to destroy David Vitter’s gubernatorial bid in 2015.

The thing about Gumbo PAC was that its public messaging was a lie. It proferred the contention that Vitter was unfit to be governor because of his dalliances with hookers some 14 years prior to the election, but the donors to Gumbo PAC consisted of no small number of rich lawyers who were paying alimony to first wives they’d cheated on and left. Vitter’s private virtue, or lack thereof, hardly bothered them as much as they let on – what motivated them to fill Ourso’s coffers with several million dollars in soft money was Vitter’s commitment to a wide-ranging tort reform package and his vow to put an end to the ridiculous coastal lawsuits several of them were actively spinning up in concert with a number of irresponsible local politicians here and there.

Ourso had another innocuously-named outfit called Napoleon PAC that he set up using more or less the same donor base in order to back nominally Republican candidates in a few special legislative and judicial elections; the results were considerably less salutary in the legislative races than the anti-Vitter campaign enjoyed, though in the judicial races it fared better.

But on balance, the gambit of using a political attack shop to peddle opposition research to media outlets and offer predatory messaging to the public in order to take down a candidate would have to be considered a success for the Democrats; after all, as late as September of 2015 few would have thought it possible for John Bel Edwards to be elected governor.

So that might be what underlies this Redfish Action Fund – our guess is this might be a Republican answer to Gumbo PAC. The e-mail announcing this new outfit does present one key difference, though, and it’s fairly intuitive. Namely, that a lot of, if not most of, Gumbo PAC’s messaging success came due to local media outlets picking up things they put out and amplifying them – which most certainly is not going to happen if this thing is an attempt to do to Edwards what Gumbo PAC did to Vitter.

Let’s understand, if you doubt that contention, what happened last week – which ought to be absolutely shocking but passed with hardly a notice. Namely that there was a Stephanie Grace column at the Advocate which touted Edwards’ purportedly astonishing rise in national prominence within and without the Democrat Party without his even trying. The support for this contention was that Edwards had signed on to the bipartisan but going-nowhere Kasich-Hickenlooper demand that any revision of Obamacare keep Medicaid expansions and the individual mandate (it’s entirely possible those two bad policy choices might persist, but it won’t be as a result of their influence), and – get this – that there was a recent POLITICO article about how Edwards was moving the Democrats to the center, written by none other than Grace’s Advocate colleague Tyler Bridges.

Connect the dots on that and what you’ll see is how pitifully corrupt and in the tank for Edwards The Advocate is. Bridges has made himself notorious as a stenographer for the Edwards administration within its pages, going so far as to give public cover to Edwards’ attempts to foment a coup to unseat Taylor Barras as the Speaker of the House in order to find someone more compliant to the governor’s legislative agenda, and when he sells Edwards agitprop to POLITICO Grace casts that as unbidden national attention to all the great things Edwards is doing. With coverage like this from a supposed objective source it’s hardly surprising the governor sits at a 58 percent approval rating any unbiased examination of his performance would surely find unwarranted, but the upshot is that no oppo-research shop aiming at Edwards can hope to get amplification of its message from the governor’s pals at the paper. It isn’t like the Times-Picayune or the Gannett papers, who have taken their own turns at sycophantic coverage of Edwards so far, are much better.

We get the impression that the Redfish Action Fund folks recognize this. From the e-mail…

Fake news is everywhere. Today’s political issues are disconnected from the details of policy, irrefutable facts, and frankly the truth; red herrings so to speak.

The Redfish Action Fund is committed to disseminating the truth in Louisiana politics. Utilizing public records requests and our own independent research, we seek to engage our hard working Louisiana families in the political process.

Together, we must reaffirm that truth and transparency are now requirements in our fake news world and we must hold our candidates and elected officials accountable.

So if these guys are serious, what you can expect is a lot of public-records requests, a whole bunch of digital media and a big social media presence – there is a Facebook page already, as it happens – and maybe even TV and radio ads pushing some of the same kind of attack-dog stuff Gumbo PAC used to go after Vitter.

Will this work? Well, most political observers will tell you that while Edwards might have a 58 percent approval rating that number is as thin as a reed and it won’t take too much to make a big chunk of that support disappear. Edwards’ ideological agenda is largely disfavored by the voters, a great example of which being the fact that he can’t get anybody elected to office in a contested race (as Foster Campbell can attest, as can Robbie Gatti and Jay Suire), and has basically stopped trying (see the Public Service Commission or Treasurer’s races this year). And that’s with nonstop positive coverage. Introduce some adversity into the mix – like for example if Edwards had to contend with the volume of negative messaging his predecessor Bobby Jindal put up with – and it’s not hard to see that 58 number nosedive into something much smaller.

And interestingly, the Redfish Action Fund isn’t the only player in this space. We’ve written before about Truth In Politics, which is another conservative PAC with a similar mission. If these two are active, and well-funded, enough to play tag-team against Edwards, they could well have an effect.

This depends on content, of course. If the Redfish Action Fund, or Truth In Politics, wants to cut Edwards down to something beatable in 2019, they’re going to have to build a narrative of Edwards as incompetent, corrupt, far left or some combination of the three, and make it powerful enough that it resonates even without any help from the papers or TV stations. Our readers know that’s possible; there is a lot of dirt on this governor which indicates his vulnerability to the right message, and while the voters are paying zero attention now at some point closer to the 2019 election they will. It’s not like Louisiana is particularly fertile territory for Democrats who like tax increases, after all.

So we’ll be watching what this new group does, and if it produces some interesting things we’ll happily help to spread the word about them. It’s only fair after the way the legacy media pimped themselves out for the shadowy attack dogs working for Edwards in 2015 and 2016.

Interested in more national news? We've got you covered! See More National News
Previous Article What Exactly Is DACA And What Does It Take To Apply
Next Article VIDEO: Cameron Henry Says John Bel’s “Fear Season” Is Upon Us