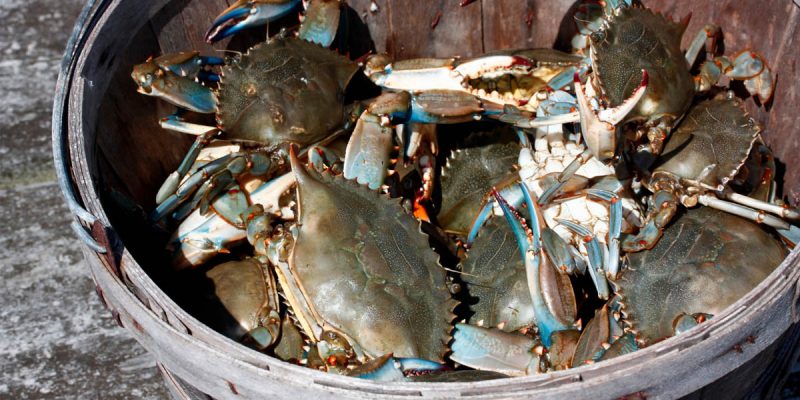 I’m not going to contradict Joe Cunningham, who has a piece this morning which doesn’t specifically call out Abraham as someone who shouldn’t run for governor against John Bel Edwards in 2019 but does make the exceptionally valid point that having a cacophony of Republicans jumping into a jungle primary against Edwards and proceeding to beat each other to death is the best way to allow Edwards’ re-election.

All of that is correct, and I’ve said it myself.

But unless Steve Scalise fulfills the fondest dreams of Louisiana’s Republicans and decides to get into the race, a possibility which isn’t off the table but might be foreclosed if Scalise ascends to the House Speakership on Capitol Hill (there are rumors to that effect if Paul Ryan ends up stepping down next year, which is apparently possible), it seems inevitable there might be lots of crabs in the Republican bucket for 2019.

Scalise is the only potential candidate who can clear the field and run against Edwards on a one-on-one basis. Everyone else who might get in is going to end up in that jungle primary with a bunch of other hopefuls, and right now it’s impossible to see who or how that field will get whittled down properly.

Given that, maybe Abraham is the right guy after all. His people certainly seem confident about it and he’s certainly talking like he’s already running…

Louisiana Congressman Ralph Abraham told USA Today Network he will likely decide during the first quarter whether he will run for governor in 2019.

Abraham, R-Alto, was elected to Congress in 2014 and re-elected easily last year.

“We know that sometime in the next quarter or second quarter at the latest we have to make the call,” he said.

Abraham has Allee Bautsch committed as his fundraiser, and Allee’s one of the best there is. She was Bobby Jindal’s fundraiser, and she also did work more recently for Charles Boustany and Scott Angelle, neither one of whom lost statewide races in 2015 and 2016 because of a lack of money.

What we don’t know is whether Abraham is tapping into the rest of the old Jindal team in order to make a gubernatorial run. If he’s talking to Jindal and Angelle’s political strategist Timmy Teepell, we haven’t heard about it. Maybe he has. Teepell is going to have a client in the 2019 race; that’s a given. He works for the DC firm OnMessage as their Louisiana operative, and he gets paid to run candidates, so he’s going to run somebody, whether it’s Abraham or the ghost of Chep Morrison.

Abraham’s record in Congress is as good as anybody’s in the Louisiana delegation over the past couple of decades. His would likely be a message conservatives can get behind.

But nobody south of Alexandria has a clue who Ralph Abraham is. That doesn’t mean he can’t win, though it wasn’t a particularly helpful factor for Neil Riser when he ran for State Treasurer this fall and a mailbox in North Louisiana hasn’t been a feature of a Louisiana statewide official since Fox McKeithen died. Abraham might well be the guy who can reverse that trend. What it does mean is Ralph Abraham isn’t going to scare off any of the other likely suspects.

Mike Strain, if he decides to make the jump and run for governor instead of pursuing a sure re-election as the state’s agriculture commissioner, probably thinks he could get a whole lot of Abraham’s base in the rural northern part of the state given Strain’s popularity with the state’s farmers – and unlike Abraham Strain is fairly well known in the southern part of the state as well (he’s from St. Tammany Parish, after all).

Jeff Landry, if he thinks he can beat Edwards in a straight-up contest, is not going to be scared off by Ralph Abraham.

John Kennedy ran for the U.S. Senate against two sitting congressmen and a long-serving public service commissioner. Kennedy has coveted the governor’s mansion since he first got into politics and 2019 is essentially his last shot at the brass ring. If you think a junior congressman from Alto, Louisiana – a place you’d be hard-pressed to find on a map – is scaring him away, you are misinformed.

That similarly goes for some of the others whose names have been thrown around, like state senators Brett Allain, Sharon Hewitt and Gerald Long, state representative Lance Harris, perpetual candidate Rob Maness or even Lt. Governor Billy Nungesser, who’s told people he isn’t interested in running for governor but could very well change his mind if he thinks he could win.

Sen. Conrad Appel, who might actually have the best vision of any potential gubernatorial candidate, probably could be scared away from a gubernatorial run by an Abraham candidacy simply because Appel hates fundraising. That’s a shame – if we were to have a big field Appel might stand out in it given his business background, and with Louisiana’s economy in the pathetic shape it’s in, 2019 could be a cycle where voters beg for someone who understands business and can grow the economy.

Frankly, most of the above names would be huge improvements over Edwards, whose election was a consequential and stupid mistake made by the people of Louisiana two years ago for which we are paying dearly (and will pay much more in the future). I’m less concerned with who’s in the field than what, meaning what Louisiana’s voters need to decide is what kind of state we want to be going forward and then evaluate the various hopefuls on their fitness to fulfill that vision.

That’s a daunting task, though, because this state doesn’t elect anybody based on policy and never has. To win elections in Louisiana you need to be the most entertaining and bombastic candidate in the race. That even applied to Edwards, who has the personality of a wet noodle but who was willing to make his election campaign about nothing but the hookers David Vitter frequented some 15 years earlier and that was enough spice to win.

If Abraham is willing to take a shot at being the best entertainer in the field, and if he’s willing to trade one-liners with Landry blow for blow or gaslight Kennedy on the stump at a level Kennedy will do to him, then welcome aboard. Perhaps along the way there will actually be some effort made to disqualify the horrendous incumbent from re-election.

Let’s hope so, and let’s hope Abraham is effective in that regard. Otherwise, the thing to remember about those crabs in a bucket is they never climb out – when one tries, the others all reel him back in.