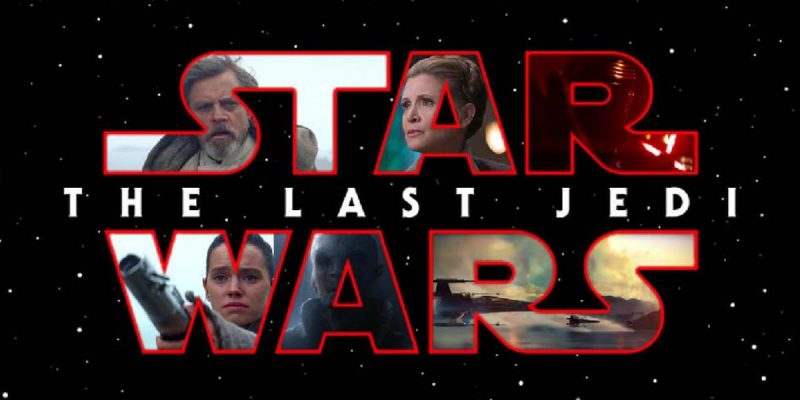 Or maybe any year. Your author sat through the Christmas tentpole yesterday in hopes that The Last Jedi might be worthy of the mighty Star Wars franchise, and while it’s earned nearly $800 million – a figure which is certainly competitive with other Star Wars movies – the suspension of disbelief and multiple unacceptable leaps of faith required to make this story palatable are just too much to bear.

Yes, what follows is an unbroken string of spoilers. If you haven’t yet seen The Last Jedi, you are excused from this post.

The major plot line of the movie is a spaceship chase which ensues because the First Order, which is the new collection of bad guys which replaces the old Empire from the first three Star Wars movies (which were actually the 4th, 5th and 6th installments of the franchise, for those people who can handle that level of confusion), has stumbled upon the rebel army as it attempts to evacuate a planet serving as its base. The evacuation is completed and the rebel fleet is able to make a jump to warp speed to escape, but only as a result of a daring mission in which an attack squadron of rebels – including a number of “bombers” which somewhat resemble Pez dispensers – are able to destroy one of the First Order’s dreadnought ships.

All of the “bombers” are destroyed in the rebels’ Pyrrhic victory, and it’s pretty easy to see why – the entire battle scene is an almost malicious insult to the viewer’s intelligence.

When we say “bomber,” we’re not kidding. These are spacecraft designed to maneuver over the top of an enemy vessel and then drop bombs on it. And if your reaction to this concept – “dropping” bombs in space, where there’s no gravity – is one of extreme skepticism, we agree with you. The “bombers” are all blown to smithereens by the First Order’s fighter craft, which are scrambled to pick them off as they slowly maneuver into position, but one of them manages to release its bombs over the target and blows up the dreadnought.

Which is only one of what seems like a very large number of the First Order’s ships, and so the leader responsible for the “successful” attack which covers for the evacuation is demoted. He’s too trigger-happy, as it turns out, and so he must be taught a lesson by the rebel leadership which assumedly approved his plan to begin with.

Halfway through the film it dawned on your author that there’s a reason why the rebels are always in the process of being wiped out. It’s because they’re morons.

But the victory and the escape are short-lived because the First Order, who are not morons (well, let’s not get ahead of ourselves), have figured out how to track spaceships traveling at light speed – something that isn’t all that difficult, it would seem, because toward the end of the film is evidence that people on a planet nearby to where a spaceship is traveling at light speed can actually spot it in the sky (it looks like a shooting star, as it turns out). Therefore, the rebels’ mother ship is caught by the First Order’s fleet, and they’re faced with a difficult choice – with only enough fuel for one more jump to light speed, they’ve got to figure out how to slip away from the bad guys undetected in order to survive to the next movie.

What follows is what looks a little like a slow-motion car chase. Apparently the rebels have sufficient fuel to travel just fast enough to stay out of range of the First Order’s big guns, and for a large part of the film the “little guns” are shooting missiles at the main rebel ship which hit its shields and blow up harmlessly. One wonders why the First Order hasn’t thought of deploying some of its ships at light speed to place in front of the rebel fleet and surround them, something which if you’re thinking about during the movie will negatively affect your attitude about what you’re watching. That never happens, though, because the First Order’s leadership figures they’ll just wait until the rebels run out of gas.

There’s a reason why the rebels managed to avoid being wiped out. It’s because the bad guys are also morons.

The trigger-happy commander who’s been demoted for the “bomber” plan panics, because he asks the rebel leadership what their plan is and is told to shut up, approves a mission whereby a couple of rebels depart from the slow-motion chase to find a master codebreaker who can infiltrate the First Order’s command ship and disable the device they’re using to track the rebel ships in light speed. That mission takes up a sizable chunk of the movie and ends in abject failure.

Finally, amid a mutiny on the rebel mother ship – led by the same trigger-happy commander who’s been demoted for his last stupid plan – the rebels’ strategy is unveiled. Namely, that they’re going to cloak their transport ships stored aboard their mother ship and evacuate their force down to the surface of a mining planet they’re approaching, which is an old rebel base with fortifications for a last stand.

This after several of the support ships in the rebel fleet have been blown to smithereens as they ran out of fuel and were caught up to by the First Order fleet.

But the rebels are undone. The master codebreaker, whose character is more or less phoned in by a disinterested and stuttering Benicio del Toro, betrays the rebels and gives up their plan after being caught aboard the First Order’s command ship, and as a result the bad guys can now spot the transport ships fleeing to the plant and blow them to bits.

Upon which the rebels turn their empty mother ship around and make a last-gasp jump to light speed right into the First Order command ship, which destroys it – a helluva good plan which probably would have been even more effective had it been put into action before most of the transport ships had been wiped out with the rebels in them.

Thus the final scene ensues on the planet’s surface, where an angry First Order has deployed an army to wipe out the rebels as they huddle inside a large fort built into the entrance of a mine, complete with a giant metal door. That door is no match for the First Order’s “battering ram cannon,” so the rebels have decided to mount an attack to take out that cannon using a collection of completely useless aircraft which for some reason travel on skis. One of the rebels, John Boyega’s Finn – this is the second movie his character has appeared in, and he seems to be destined to take part in every stupid, hopeless plan which the rebels can dream up – is about to pilot his aircraft into the cannon and destroy it, thus sacrificing himself to save the rebellion, until one of his friends and mission colleagues crashes her ski-plane into his at the last minute, “saving” him and the cannon – which shortly blows a hole through the door to the rebel fort and sets up the rebels to be routed yet again. What follows is a mind-numbing scene where, as he pulls her out of her wrecked ski-plane, Rose tells Finn “This is how we’re going to win – not by killing what we hate but by saving what we love.” Meanwhile most of the ski-plane drivers have been killed and there is little reason to believe the rest of the rebels aren’t about to meet the same fate shortly.

Which they aren’t, because a hologram image of Luke Skywalker – who has existed heretofore in The Last Jedi’s side plot; the film’s main character Rey has descended on his faraway refuge to demand he train her in the ways of the jedi, while proceeding to berate him for his bad decisions and ignore most of his teachings – appears in front of the door to bait the invaders into first expending a tremendous amount of ammunition into firing at him, and then, when it’s apparent they’ve done no damage to him, Adam Driver’s Kylo Ren character who is now the new leader of the First Order sends himself down to the ground to fight Luke with a light saber.

This is, of course, a stalling tactic designed to help the rebels escape from the mine shaft. They believe there is no escape from the mine shaft because their research and computer analysis says so, and yet a herd of indigenous animals which look like foxes made of salt which had run into the mine shaft with them prove otherwise by escaping – so with Luke’s image confusing Kylo and his minions, they decide to retreat after the salt-foxes into the shaft in search of the back exit.

And find it, except it’s blocked by a pile of large boulders allowing only a large enough space for the foxes to squeeze through.

All seems lost until Rey appears and uses the force to move the boulders, thus loading the entire rebel force onto the Millennium Falcon and spiriting them away to the next installment of the franchise.

After two-plus hours of this, it’s only a Star Trek reference which will suffice to describe it – “Beam me up, Scotty – there’s no intelligent life on any of these planets.”

Despite the never-ending string of childish and implausible plot devices – it’s a science fiction movie, so one is prepared to deal with a large degree of implausibilities, but The Last Jedi’s creative team abuses that allowance with malice – The Last Jedi is a relatively entertaining film. It’s reasonably well-made and the special effects are terrific. But in a franchise which has been plagued by ridiculously dumb scripts this film clearly hits rock bottom.

We’re told there’s one more story to tell among the nine which are supposed to comprise the Star Wars franchise. That’s fine. If this is the best the people in charge of this property can manage, one more is about all they’re entitled to ask of the audience.

Interested in more national news? We've got you covered! See More National News
Previous Article Whoah: These are the Fastest Speeding Tickets in 2017 in Texas
Next Article Mass Exodus from These Three Blue States in 2017