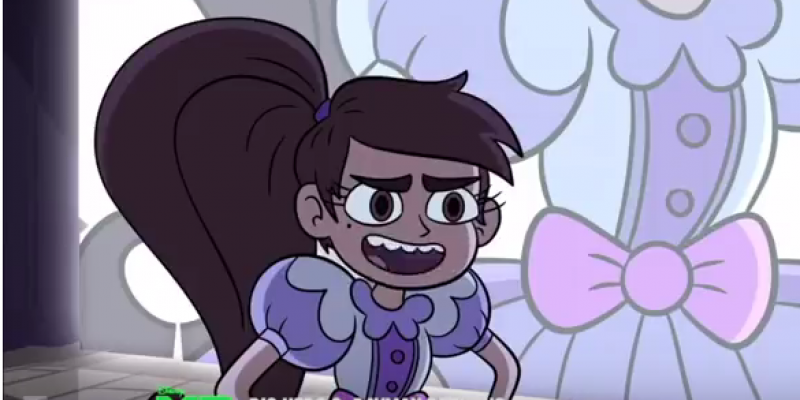 Disney XD’s latest episode of the children’s cartoon, Star vs. The Forces of Evil, is teaching children that boys can be princesses. Boys don’t have to be a prince, they can be princesses too.

In the episode below, the main character Marco Diaz dresses up like a princess and calls himself “Princess Turdina.” The plot involves him trying to save a group of students at a reform school for princesses from their evil principal, Ms. Heinous. Entertainment Weekly described one scene:

On a recent episode of Star vs. The Forces of Evil, the character of Marco Diaz (voiced by Adam McArthur) disguised himself as Princess Turdina to help save the students at St. Olga’s Reform School for Wayward Princesses from Ms. Heinous, the wicked headmistress.

Marco is about to reveal his truth to the students when Ms. Heinous storms in and outs him herself, pulling down his shirt to reveal a strand of chest hair. But the other princesses stand by Marco’s side.

Marco, who is clearly a boy, but is dressed up pretending to be a princess, tells the other students that he is a boy. In response, the girls at the reform school think this is just great.

What is wrong with Disney? Who is writing this nonsensical nonsense and promoting it as fun or normal when in fact it promoting the mental illness of gender dysphoria?