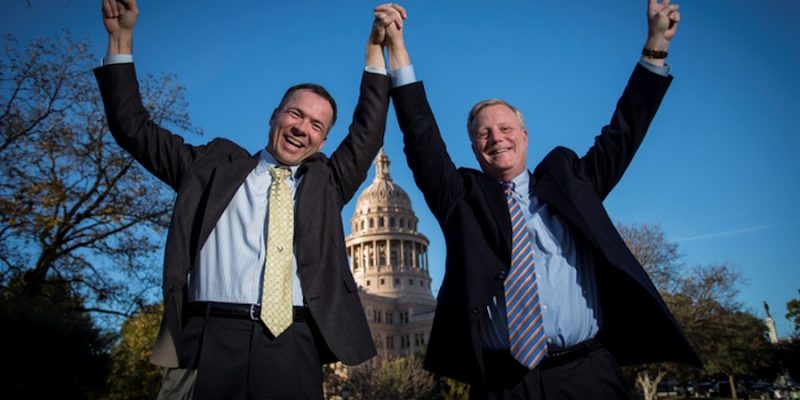 Mark Phariss, the man who sued Texas over its ban on same-sex marriage announced he’s running as a Democratic candidate for the state Senate seat that represents a large area of Collin County, including Allen, Frisco, McKinney, Plano and Richardson.

Phariss, a Plano-area business lawyer, and his partner of 18 years, Victor Holmes, an Air Force veteran, along with others, sued Texas in 2013 over its ban on same-sex marriage. Their case was in progress when the U.S. Supreme Court ruled that same-sex couples could marry in June 2015.

Phariss must first beat his Democratic opponent, Plano resident and engineer Brian Chaput, in the Democratic primary on March 6. Whoever wins, will face off against whoever won the Republican primary (Angela Paxton or Phillip Huffines) in the general election in November.

Phariss has received endorsements from Obama’s Housing Secretary Julián Castro and Jim Obergefell, the man whose case the U.S. Supreme Court affirmed when it violated the Tenth Amendment by overturning individual state bans on same-sex marriage.