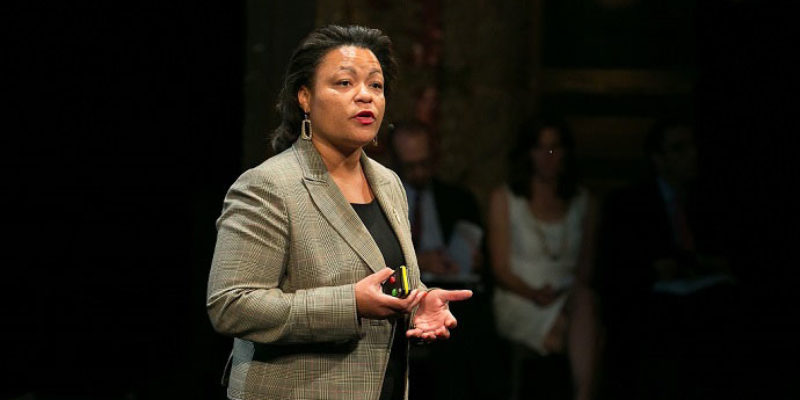 Last week, over at the Gambit Weekly, political analyst Clancy DuBois wondered aloud if New Orleans Mayor-Elect LaToya Cantrell is really prepared to take over the job.  DuBois raises some obvious concerns about Cantrell’s readiness, but there’s more to it than that — Cantrell’s actions of late suggest that she has a blase attitude towards public corruption.

There are three reasons to be concerned that Cantrell may be a bad egg.  First of all, Cantrell is notably being investigated for misuse of city credit cards (i.e., putting personal expenses on the public dime).  Cantrell and her supporters have defended her by pointing out that misuse of city credit cards is rampant in city government (the old “but everyone does it” defense) and by noting that Cantrell paid off the debt as soon as she made the decision to run for mayor (as though making restitution at the last minute obviates the offense).

Attorney General Jeff Landry has been investigating Cantrell on this score, but thus far he has failed to remove the matter from Orleans Criminal District Court. Landry’s investigation is also widely viewed by Democrats as a crusade by a Republican partisan as opposed to a legitimate investigation.

However, the fact remains that public concerns regarding Cantrell’s misuse of a city credit card should have placed her on the defensive regarding any association with public corruption even before she was elected.  Alas, it has definitely not.

This brings us to the second concern about Cantrell — her prominent use of the New Orleans Jazz Market for major campaign events.  Cantrell used the Jazz Market to announce her platform last July, and even for her election night campaign party where she gave her acceptance speech.

The Jazz Market is also the locus of a public corruption scandal.  It is the brainchild of Irwin Mayfield and serves as the home for his New Orleans Jazz Orchestra.  Mayfield, who also headed a foundation intended to benefit New Orleans’ public libraries, allegedly appropriated a significant portions of donations to fund the Jazz Market and enrich himself.  This all culminated recently when Mayfield was indicted on conspiracy and money laundering charges.  Cantrell was a major booster of the redevelopment that the Jazz Market represented, but her decision to continue to use the venue for her campaign events after it came to be viewed as a nexus for corruption is certainly puzzling.

Finally, Cantrell once again showed a complete lack of concern for keeping her image clean just a few weeks ago when she held a meeting with legislators where former State Senator Derrick Shepherd was present (and appeared to be assisting).  Shepherd, you may recall, resigned in disgrace and was forced to plead guilty to conspiracy to commit money laundering back in 2008.  He’s political kryptonite.

Cantrell eventually distanced herself from Shepherd, denying that he would play any role in her administration or that she had requested that he attend the meeting.  However, this followed days of questions from reporters being dismissed.  Her spokespeople wouldn’t even say whether Shepherd was already on the team.  Again, it was a puzzling decision from a public relations standpoint.

These three example certainly seem to indicate, at best, that Cantrell has a cavalier approach to the suggestion of corruption. The question then becomes whether Cantrell is simply being oblivious and not politically savvy, or she is sending the message that her administration will be “open for business” so to speak.

Cantrell has a crack political team behind her that propelled her to victory in last year’s election, so it is difficult to believe that she and her people would allow this kind of thing to slip.  On the other hand, besides indulging the popular habit of misusing public credit cards, there’s little evidence that Cantrell has any tendencies towards corruption besides her propensity for getting entangled with avoidable negative associations.

Time will tell whether Cantrell’s recent missteps are due to incompetence or something worse.  One thing is for certain, though — it isn’t looking good for New Orleans.

Interested in more national news? We've got you covered! See More National News
Previous Article Kentucky Judge Resigns Because Christian Faith Prevents Him from Ruling on Gay Adoptions
Next Article 2018 Ushers in 26 New Laws in Texas, After 600 in September