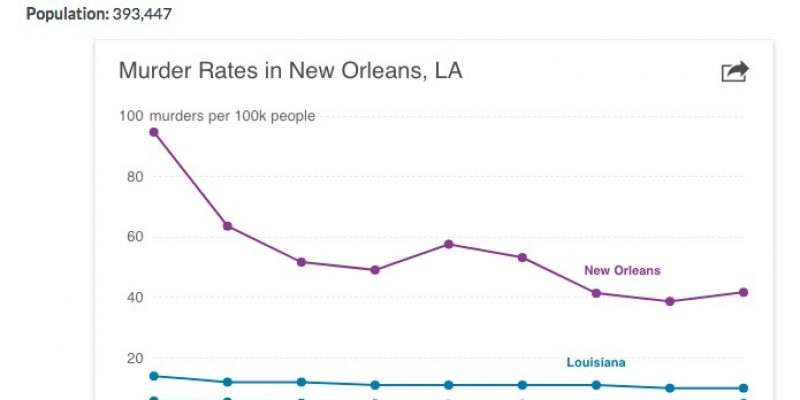 2017 was a record-breaking year for Chicago homicides. On average 1.8 people were murdered every day (mostly by the use of an illegal firearm.) From 2001-2016, more people were murdered in Chicago than the total number of U.S. military killed in Afghanistan and Iraq combined: 7,916 murders in Chicago compared to 6,888 U.S. Military casualties. (U.S. troops have been in Afghanistan since October 2001, and in Iraq since March 2003.) 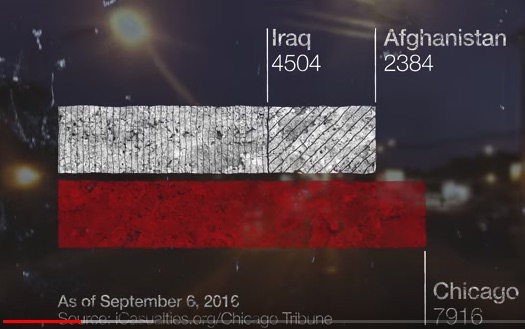 Despite this shockingly high number, the murder rate (the number of people killed per 100,000 people) was higher in New Orleans and Baton Rouge, Louisiana. According to a ranking produced by the Rapid-City Journal based on data from the 2015 FBI Uniform Crime Reporting Program, these cities rank #4 and #7 in the nation. 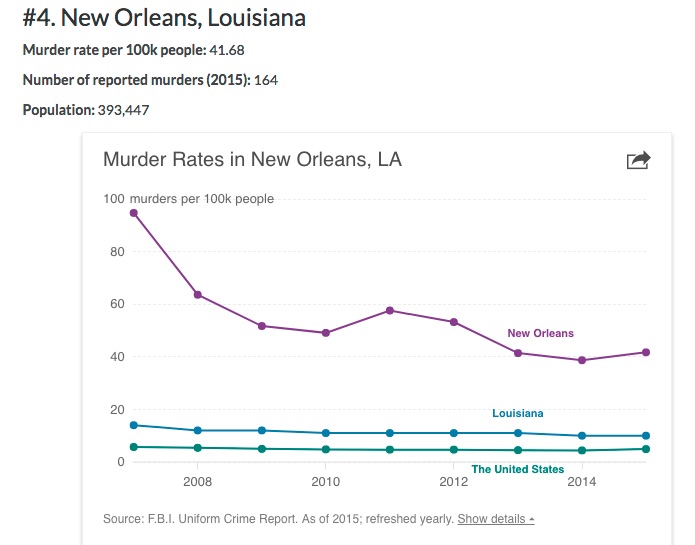 Birmingham’s murder rate is 37.21, compared to the state’s rate of 7 percent: 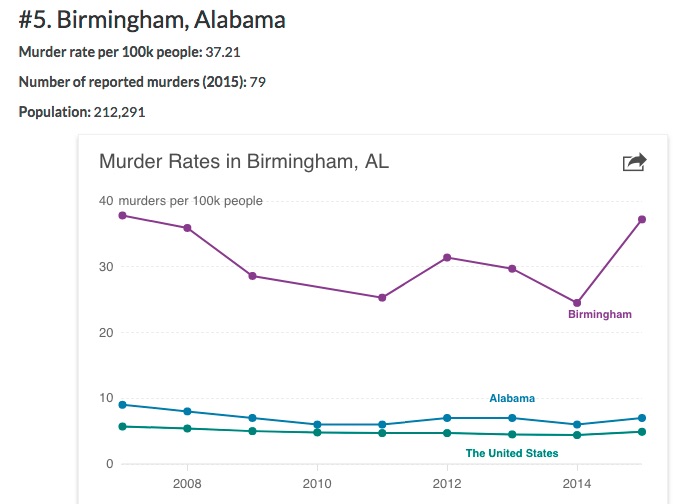 Jackson’s murder rate is 31.08, compared to the state’s rate of 9 percent: 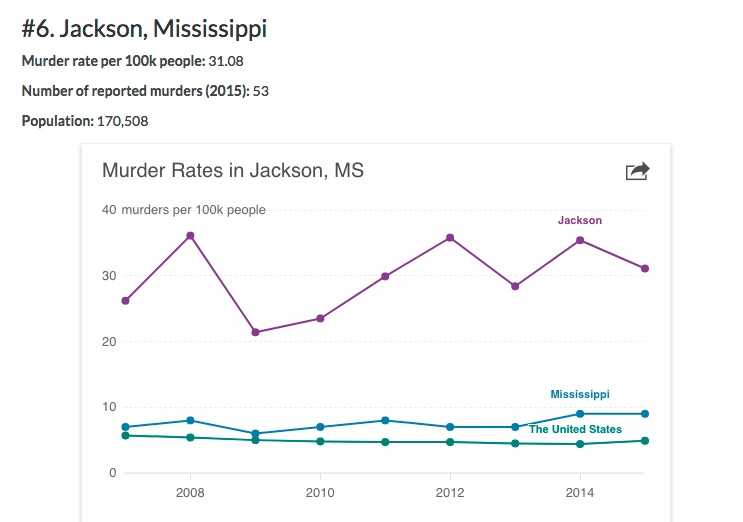 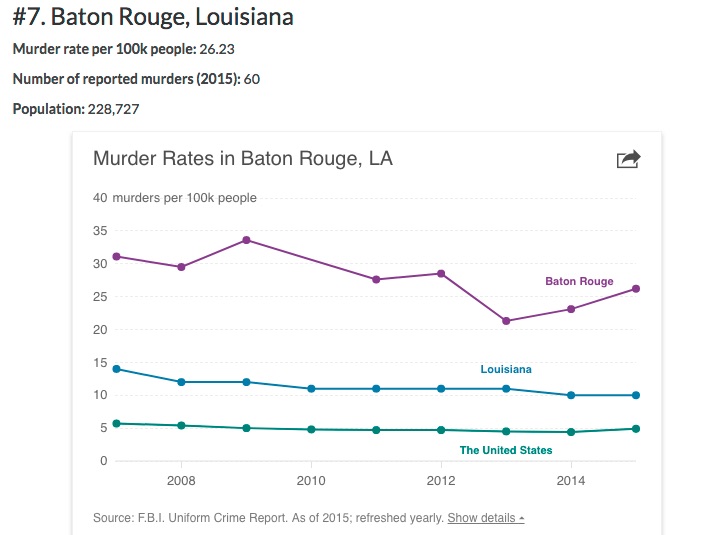 Chicago’s murder rates was lower due to the difference of its sheer population size. Its ranking was #25, with a murder rate of 17.5. Other southern states’ rankings include: