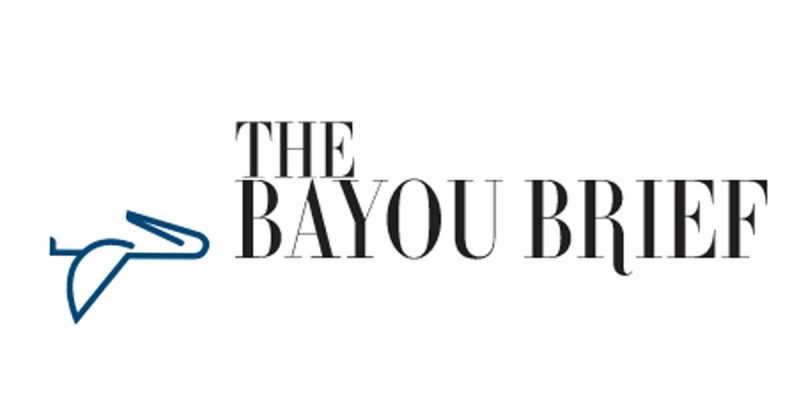 Editor’s Note: A guest post from Ed Aguillard, a concerned citizen and native of the I-20 corridor in Louisiana.

In April of 2017, native Alexandrian Lamar White, Jr.  announced the launch of The Bayou Brief. A project that he promised would be “a non-profit news organization that specializes in issue advocacy and in-depth, quality reporting about progressive causes.” Essentially, a website that is used to drum up faux controversies like White’s previous blog, Cenlamar, was known for. You can find some of his drabble here and here – although reading it, while exampling his sophomoric style, will likely result in a migraine.

Anyway, back to The Bayou Brief, the name of White’s new publication and the likely length of its lifespan. In April of 2017, he announced the launch of his new project which would interestingly be a 501(c)4 organization. In June of 2017, White announced that he had raised $55,000 for his new publication. Not bad for an unproven blogger. On June 16, 2017, The Bayou Brief, launched with its first article, a story about a commemorative marker for the Colfax Riot in 1873.

I am not kidding. You can see it here for yourself, or just take my word for it that the 20,000-plus word “long form journalism” about an event that happened some 134 years ago is, well, just boring. And of absolutely no consequence to the troubles facing Louisiana today, including those troubles brought on by the tax-and-spend governor who shares White’s progressive ideology.

One might think, especially a donor to his endeavor, that White would venture to write more about things happening in Louisiana that are actually of some importance in this century.

So what will one find on the website of The Bayou Brief?  For starters, you won’t find much journalism in the sense that you would likely expect. I don’t mean that you will find articles written from a lefty perspective, what I mean is that you will find articles about Ford dealership contracts in Bossier, the assassination of JFK, and multiple missiles seeking to destroy Attorney General Jeff Landry (might I add that these missiles launched by White’s website suffer from launch failures that make Kim Jong Un’s program seem respectable.)

Oh, you’ll also find weekly recaps of the performance of the New Orleans Saints, although I suspect interest in those articles in fairly limited due to the fact that they are posted some four-plus days after the games when most fans are looking toward the next matchup.

Interestingly, the Saints recap article on December 28th was the last article posted by the website. More than a week of radio-silence covering a period of time when news of the expansion of offshore drilling, the plague of dead  African Americans in Baton Rouge continued into the New Year in the wee hours of January 1, or news of Governor Edwards’ continued mishandling of the Criminal Justice reform in Louisiana poured in. All stories that affect Louisianans.

I guess I wouldn’t expect White to write about jobs for Louisianans, the failure of the Democrat Mayor of Baton Rouge, or the Governor’s complete mishandling of the legislature’s well-intentioned criminal justice reform package.

This is not White’s most amateur current effort, however. The Brief’s Facebook page is White’s very own repository of really bad memes making fun of the Falcons’ Super Bowl loss and screenshots from Twitter pages of liberal demagogues. And don’t forget about the days-late links to Saints games.

Is this really what donors to The Bayou Brief expected when they gave that initial $55,000 and who knows how much since June? I would venture to guess that even a liberal can tell a bad investment from a good one… at least when it concerns their own money.

The question that I have for Lamar White is this – how much money has gone into your pocket that was donated to the Brief? Do you take a salary for your (subpar) efforts?

The more important question I have is whether or not donors to The Bayou Brief will continue to give into the future or if we will see White’s venture abandon its ad-free start as what I expect to be the death rattle of The Bayou Brief begins. If I had given to a conservative website that refuses to drive the narrative on causes important to me, you can bet that my donations would dry up faster than the untimely Saints recaps.