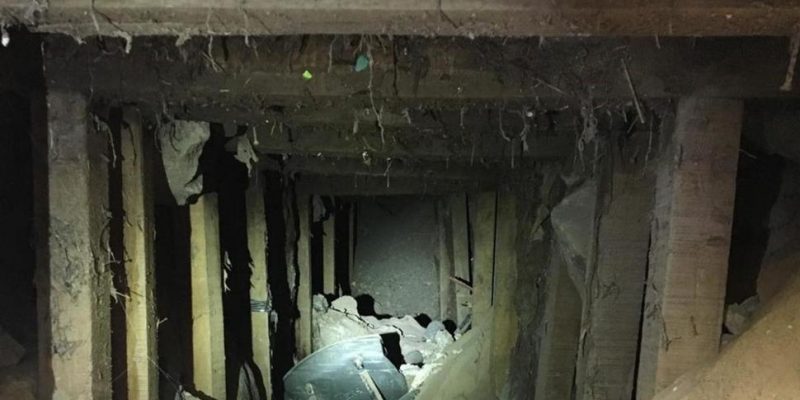 The U.S. Border Patrol released information today about a construction crew that discovered an abandoned tunnel in El Paso, Texas. El Paso is just north of the Texas-Mexican border.

The Associated Press reports that “authorities are working to determine the origin and purpose of the tunnel.” Hmmm. What could a tunnel between Texas and Mexico be used for– smuggling illegal immigrants? Drugs? Human trafficking? Parties?

The Texas Department of Transportation reached out to Border Patrol after a construction crew reported a cave-in of a road they were repairing. When the crew looked into the hole, they found a tunnel that had been built underneath the road. It appeared to “originate north of the international border,” and was built with reinforced wooden beams.

Again, “authorities don’t know the purpose of the tunnel or where it goes. Border Patrol confined-space resource teams are examining the area to determine the extent of the tunnel.”

It doesn’t take a rocket scientist to figure this one out. It’s safe to assume that the tunnel was built for illegal activity. Criminals most likely use it to cross an international border between two countries and avoid customs and border patrol officers, being arrested, or deported.

Now there is an ongoing investigation. Perhaps it’s time for El Paso’s local social media reporter, Priscilla Villarreal Treviño to shed some light on the scene (or tunnel).