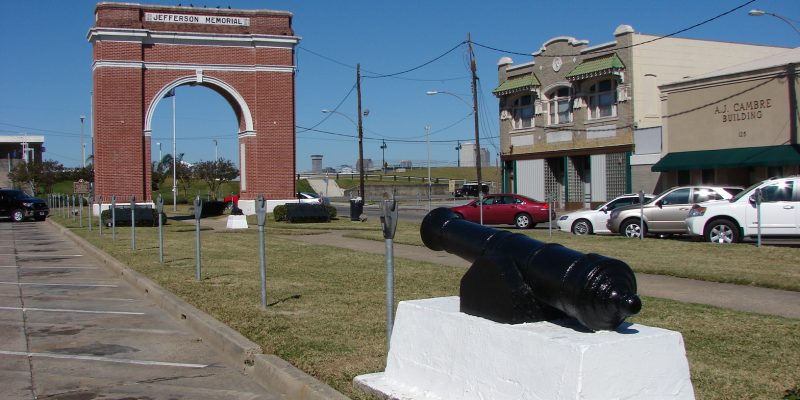 The City of Gretna, a small city in Jefferson Parish adjacent to New Orleans, is notorious in the local legal community.  A lawsuit against the City of Gretna refers to their city court as a “debtor’s prison,” a claim that the city’s legal representative denies:

Gretna has responded to a federal lawsuit alleging that it uses the mayor’s court to operate a “debtors prison” and to balance City Hall’s books on the backs of poor people accused of petty crimes and traffic violations. The city’s 34-page reply, filed online Sunday (Jan. 14), denies dozens of allegations in the suit and admits little more than that Brenda Constant is the mayor and Arthur Lawson the police chief.

That sets the stage for further litigation and perhaps settlement talks between Gretna and the plaintiffs, Tamara Nelson and Timothea Richardson, who are represented by the Roderick and Solange MacArthur Justice Center. Barring a settlement, a trial could be held before U.S. District Judge Ivan Lemelle.

The suit says Lawson maintains a quota of arrests and citations that police officers must meet, and that the mayor’s court funds itself and City Hall in general on over-enforcement of traffic tickets and nonviolent misdemeanors offenses. Gretna’s attorney, Leonard Levenson, denied the quota assertion and called some of the suit’s allegations “frivolous.”

Leonard Levenson, you may recall, was one of five attorneys who admitting to giving various gifts to former federal Judge Thomas Porteous, who was impeached and convicted for accepting bribes in during the FBI’s notorious “Wrinkled Robe” investigation.  A close friend of Porteous, Levenson received immunity in exchange for his testimony and apparently avoided any discipline from the Louisiana State Bar Association as well.  Nevertheless, he acknowledged that “he paid for Porteous to join him on hunting trips and might have helped for the work-study expenses,” and also admitted to “frequently buying restaurant meals for the judge.”

I’ve seen attorneys receive fairly harsh discipline for relatively minor peccadilloes that didn’t reflect directly on their professional lives.  Nevertheless, for some reason, many of those who made purchases for a federal judge while practicing before him received no discipline at all.  Perhaps there are facts I’m not aware of, but it never sat right with me.  I’ll just leave it at that.

With respect to Gretna City Court itself, I’ve personally only handled one case there.  However, that was enough to see how the city operates, and it left a terrible taste in my mouth.

In most jurisdictions,misdemeanor charges will be dismissed if the police fail to show up for trial.  In the case I handled in Gretna City Court, however, the police didn’t show up twice.  The second time, I brought a speedy trial motion.  There is strong authority for the proposition that multiple state continuances for misdemeanor offenses, based upon the failure of police to appear, violate the right to a speedy trial. The only automatic remedy for a speedy trial violation is that bail must be refunded, but it is also a constitutional violation, casting doubt on any conviction and potentially creating a claim for damages.

I confronted Gretna’s city attorney about the multiple continuances and asked him to simply dismiss the charges if he couldn’t make his officers show-up.  I noted that I had a speedy trial motion ready and we’d need to set a hard trial date anyway, or it would become a constitutional violation.

The city attorney responded that he “never” dismisses charges no matter how much time passes or how many times the police fail to appear.  He told me he didn’t care about speedy trial violations because all he’d have to do is refund the bail.  I told him that it was much more serious than that, but he didn’t seem to care.  After I spoke with my client, however, he offered diversion — essentially making my client pay a small fine without having anything else go on his record.  I had to recommend that my client accept, because being forced to have me repeatedly appear would have cost far more than diversion would.

That, dear readers, isn’t right.  Each time my client appeared, the courtroom was full of people accused of misdemeanors, many of whom had already appeared before on old charges.  It seemed to me that Gretna had a strategy of wearing people down into pleading guilty and agreeing to pay fines.  To enable this, the city attorney behaved as if the right to a speedy trial simply didn’t exist.

That’s merely my personal experience with Gretna, but the evidence seem to be piling up.  There are now two whistleblower suits pending from former Gretna police officers alleging retaliation when they complained about the department’s alleged quota system for arrests.  Apparently, there is even an audio recording, allegedly of a Gretna police lieutenant, telling an officer to meet an arrest quota if he wanted to keep his job.  It’s becoming more difficult for Gretna to credibly deny that something is seriously awry.

I’m tempted to suggest that the situation is so bad that the state should consider attempts to force the dissolution of the City of Gretna, as it has done with certain small town speed traps.  At the very least, Gretna needs to be placed under a microscope to eliminate these illegal, corrupt tactics against citizens.