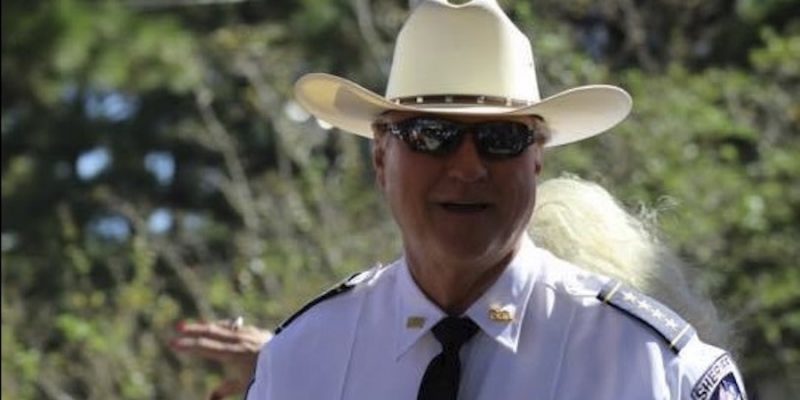 Washington Parish Sheriff Randy “Country” Seal succumbed to pressure from the atheist group, Freedom From Religion Foundation (FFRF), by removing this past week any and all Christian-themed remarks and posts from the sheriff’s Facebook page.

This past Saturday he explained his reluctance to do so on Facebook, explaining that his department doesn’t have the resources to fight a costly legal battle against FFRF. Last year FFRF demanded in a letter that he remove any posts that cited Bible verses or wished constituents Merry Christmas because by doing so he was promoting Christianity in his official capacity as sheriff.

Last week, FFRF claimed victory in a statement it made about Seal’s decision, which prompted Seal to state publicly:

A recent decision by me in my official capacity as Sheriff is being touted as a victory for the ardently anti-Christian Freedom from Religion Foundation (FFRF). I want to set the record straight. It could not be further from the truth. Based on sound legal advice and being mindful of the possibility of a long and expensive legal fight, I directed that all Bible verses be removed from the official Facebook pages of the Washington Parish Sheriff’s Office.

FFRF argued that Seal’s Christian-themed posts on official social media pages violated the Establishment Clause of the First Amendment. Seal disputes this however, arguing that FFRF is an extremist atheist group that sues everyone, stating:

The Freedom from Religion Foundation continues to attack and threaten small towns and average Americans for exercising their constitutional freedoms. This well-funded but fringe, extremist group has sued to remove ‘In God We Trust’ from United States currency; sued to remove the Star of David from a Holocaust memorial and sued Presidents Bush and President Obama for holding a National Day of Prayer.

Groups like the FFRF have sued to remove the Ground Zero Cross at the 9/11 memorial museum, claiming their members experienced symptoms of depression, headaches, anxiety, and mental pain and anguish. One of FFRF’s slogans is ‘Nothing fails like prayer.’ The reality is their threatening letters have caused many agencies to cave for fear of being forced to pay for the expense of defending against even a frivolous lawsuit. We are no different. The Washington Parish Sheriff’s Office simply cannot afford the cost of defending a lawsuit of this nature.

Seal clarified that his office’s duty is to enforce the law and protect its citizens. He cited his office’s accomplishments, which were not impeded by his Christian faith:

Some might argue that it is because of his faith that in his capacity as sherif that he cares about his parish and serves its residents with joy.