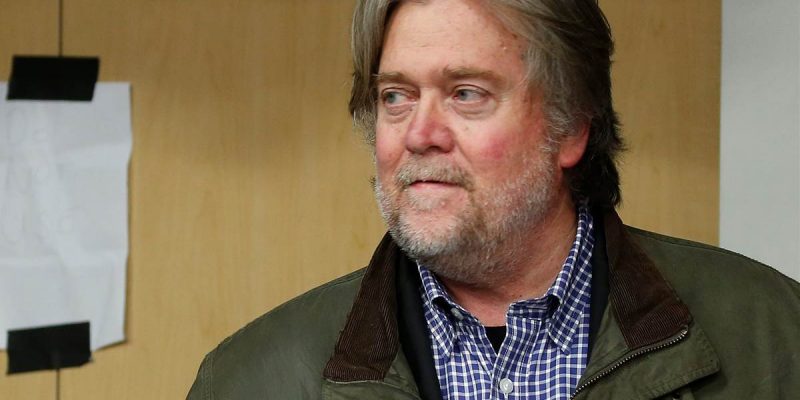 “They smile in your face, All the time they want to take your place…” The Ojays, “Back Stabbers”

The Dow just reached 25,000, the economy is booming, and ISIS has been decimated, so of course the news media is talking about none of these stories. The latest political frenzy surrounds the new book, Fire and Fury, by controversial author Michael Wolff. It is basically a nasty, full-frontal attack on Donald Trump.

In response, the President said that he “authorized Zero access to White House (actually turned him down many times) for author of phony book! I never spoke to him for book. Full of lies, misrepresentations and sources that don’t exist.”

Wolff has a history of questionable journalism. In 2003, he wrote a book and Vanity Fair feature about financier Steven Rattner, who labeled the author both “a total sleazebag,” as well as “an unprincipled writer of fiction.” Wolff was also profiled in the New Republic as a writer who creates scenes from his “imagination rather than from actual knowledge of events.”

Several of the people quoted in Fire and Fury, such as former British Prime Minister Tony Blair, Vogue editor Anna Wintour and close Trump friend Thomas Barrack, Jr. have totally denied making the statements the author attributed to them.

However, one person who is not disputing any of the extensive quotes in the book is former Trump campaign adviser and White House Chief Strategist Steve Bannon. The author relied on Bannon for a large part of the material in this trashy book of Trump-bashing.

Sadly, Bannon used the interview opportunities to criticize the President and his family. Ultimately, the book exposed Bannon as nothing more than a Benedict Arnold-style back stabber hellbent on harming the President and generating publicity for himself.

Bannon’s comments about the President and his family are unforgivable. He blasted First Daughter, Ivanka Trump, as “dumb as a brick.’ He ludicrously claimed that the inconsequential meeting between the President’s son, Donald Trump, Jr., and a Russian attorney in Trump Tower was both “treasonous” and “unpatriotic.”

In response to the controversy, Donald Trump Jr. tweeted, “Steve had the honor of working in the White House & serving the country. Unfortunately, he squandered that privilege & turned that opportunity into a nightmare of backstabbing, harassing, leaking, lying & undermining the President. Steve is not a strategist, he is an opportunist.”

The President did not take kindly to Bannon’s participation in the project. He tweeted, “Steve Bannon has nothing to do with me or my Presidency. When he was fired, he not only lost his job, he lost his mind.”

Prior to Bannon being selected as Chief Executive Officer of the Trump campaign in August of 2016, the President had secured the GOP nomination and vanquished 17 Republican party opponents. While Bannon obviously helped Trump win, he was not the main reason the campaign was successful. The genius of the campaign was that Donald Trump was able to articulate the concerns of middle class America. He gave voice to millions of Americans who felt ignored and ridiculed by the political establishment of both parties.

After the Trump victory, Bannon was named Chief Strategist for the President, but apparently spent most of his time at the White House leaking negative stories to the press. When he was fired in August, he returned to his position as Executive Chairman at Breitbart News, but obviously harbored resentment toward the President.

In numerous interviews with media outlets since his White House departure, Bannon has been critical of President Trump, the person who elevated his profile and gave him a tremendous platform. Prior to his association with President Trump, Steve Bannon was relatively unknown across the country. Instead of being grateful for the exposure provided by President Trump, Bannon allowed his petty jealousy and gargantuan ego to harm the implementation of the agenda that he supposedly supports.

As noted by White House Press Secretary Sarah Huckabee Sanders, Breitbart News “should look at and consider” severing ties with their Executive Chairman. Bannon’s grandiose plan to field conservative Republican candidates to run in certain 2018 U.S. Senate races has now imploded as several of these candidates are backing away from him. He certainly harmed the Republican Party’s chances in the Alabama Senate race by vigorously supporting Judge Roy Moore and opposing the President’s selection, Luther Strange.

After the controversy erupted this week, Bannon’s major donor, Rebekah Mercer, distanced herself from her former colleague. Of particular note was this statement, “My family and I have not communicated with Steve Bannon in many months and have provided no financial support to his political agenda, nor do we support his recent actions and statements.”

The book controversy will not help President Trump fulfill his promises to the American people as it will give the hateful media another opportunity to attack him. Nevertheless, he is not the big loser in this sordid saga. The biggest loser is Steve Bannon, who has not only lost friends and influence, but he has also been exposed and it’s not a pretty sight to see.