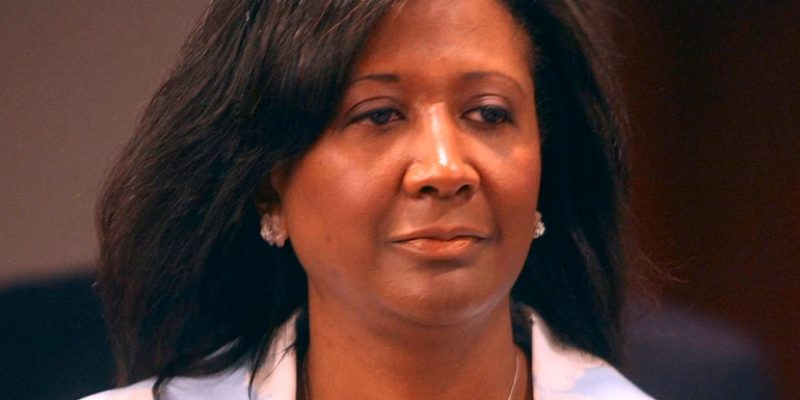 The Republican Party of Bexar County booted off of the 2018 ballot Lynette Boggs-Perez, the former Las Vegas city councilwoman and Clark County commissioner who was trying to resurrect her career in Texas.

Boggs-Perez officially withdrew her candidacy for the 225th District Court in Texas last week after the Republican Party of Bexar County announced that she did not have enough votes. According to a researcher hired to check the validity of signatures, of the 843 signatures she received 109 were invalid. She fell short by 16 votes according to the audit; she posted on Facebook that she was only four votes short.

Her attempt to build a political career in Texas came after her “puppy-gate” scandal, among several others, in Nevada. (She insisted a $400 Maltese/Yorkie was hers, when it belonged to her 12-year-old neighbor.)

Apparently Boggs-Perez is known for running in 2006 for a seat on the Clark County Commission when she did not live in the county (a prerequisite). She lost– and “was charged with four felonies, two for perjury and two for filing a false statement. She struck a plea agreement and was convicted of a gross misdemeanor, filing a false statement, which was expunged in 2015.”

In 2008 Boggs-Perez moved to Texas, went to law school and ran for a $140,000-a-year judgeship in civil children’s court. She lives in a suburb of San Antonio, Texas.

Truth and accuracy are not her strong points — not when she was in Las Vegas, and apparently not now.

After my Dec. 10 column on “Puppygate” — her refusal to return a neighbor girl’s puppy until the Converse Police Department became involved multiple times — she said on Facebook that she had filed a complaint about police behavior.

Easy enough to check. She hadn’t.

Sounds like San Antonio residents have more to watch for than invalid signatures on ballots, but they might want to keep an eye on their puppies.

Interested in more news from Texas? We've got you covered! See More Texas News
Previous Article San Antonio: Amber Alert Issued for 2-yr old boy
Next Article Looks Like Together Baton Rouge Has Created A Competitor For Itself