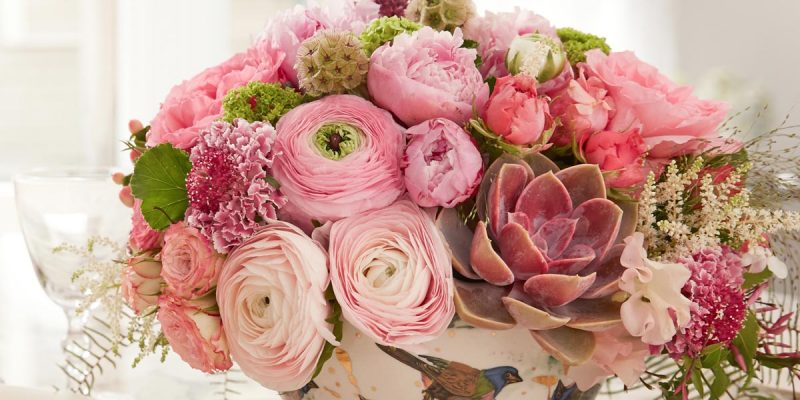 We say rare, and we mean it. As in, it’s safe to say this is the only time we’ll ever be on Edwards’ side against Strain.

At issue: the question of whether Louisiana ought to continue to be the only state in America which requires florists to have a license.

“I’m not sure why we do that,” Edwards said of the florist licensing requirement specifically.

He has not yet outlined which licenses that he thinks should be changed. Edwards has spent the past few months meeting with business leaders across the state, largely to discuss the state’s finances and a looming $1 billion shortfall, but also to gather input for his session agenda, he said.

Edwards said he thinks reevaluating occupational licenses will help small businesses, putting him on the side of the Louisiana Association of Business and Industry, and Americans For Progress, among other more traditionally Republican-leaning groups.

All very well. But then there is this…

Louisiana Agriculture and Forestry Commissioner Mike Strain, a Republican whose agency oversees the licensing for florists, tree trimmers and other related fields, said licensing helps protect consumers. He said he had not spoken to Edwards about the issue.

“There’s a certain amount of regulation to make sure the public gets what they pay for,” he said. “If you’re running a floral business, you have to have a license – you have to know what you’re doing.”

Louisiana previously required florists go through a practical exam – physically make an arrangement that could be judged as part of the licensing process. But, the Legislature in 2010 did away with that requirement, so florists now have to take a written exam only.

“(Without licensing) you’re going to set up a situation where anybody can open a floral shop and there’s no method to regulate the industry and protect the public,” Strain said.

For Edwards to take up the question of licensing for florists is interesting, and it’s not totally unreasonable to see that position not so much as his libertarian streak showing (trust us, he doesn’t have one) as petty politics at work. The governor needs something he can point to when he’s up for re-election next year that he can use to back his claims that he’s a centrist rather than a left-winger, so dipping his toe in the deregulation waters could be that.

It’s why he’s also not saying anything in opposition to the efforts by LABI, Americans For Prosperity and others to bring about a Louisiana version of the Ohio Checkbook in this year’s legislative session. The guess is Edwards will find a way to kill an Ohio Checkbook bill, but he’ll have John Alario kill it for him in the Senate so there’s no blood on his hands.

But on the florist licensing issue, it’s not just about appearing to be a centrist. It’s worse than that. Outgoing Louisiana Republican Party chairman Roger Villere is a florist in Metairie, after all. And Edwards, like any old-fashioned Democrat, is about punishing his enemies. If you want to know why he wants to de-license florists, that’s why.

It’s highly unlikely any real damage would be done to Villere’s business should florists be deregulated, of course. People think of florists the way they think of hair salons or dry cleaners – they pick one and stay pretty loyal so long as they remain happy clients. A bunch of new erstwhile-outlaw florists popping up in the neighborhood won’t likely siphon much business away from a good incumbent florist.

But it’s an inconvenience, which is why the florists in the state have busted their rear ends in recent years trying to protect the regulatory scheme Louisiana has in place to restrict the growth of new competitors. We saw that same dynamic in action last year when Rep. Julie Emerson’s hair-braiding bill moved through the legislature; hair salons went berserk over the idea that hair-braiding could be done without a license, and patently stupid arguments about all the people who would be killed in hair-braiding accidents reverberated through the halls of the state capitol.

It’s a little harder to understand how the florists would follow suit. Perhaps there are real-life Little Shop Of Horrors venus flytrap plants waiting to be unleashed on an unsuspecting public by outlaw florists, and Strain’s licensing board is the only thing holding back the Flower-Bearing Plant Apocalypse.

Edwards is right on this, though we suspect he’s right for precisely the wrong reasons – and the test is how many other professions he’s willing to remove licensing requirements for. Is he willing to let the free market govern interior decorators? Is he willing to push a hair-braiding bill through this year rather than letting the bill die on the Senate floor? If not, we’ll know this is just a slap at Villere.

But as much as we might like Roger, Strain is wrong. The public isn’t protected by the state spending our money to regulate flower shops, for crying out loud. And while conservatives might look at Edwards attempting to glom on to “our” issues like deregulation and the Ohio Checkbook, we ought to seize on whatever opportunities we can to make good policy and then to hold the governor accountable for implementing them with competence and good faith. We know from the slow-motion train wreck his implementation of last year’s bi-partisan criminal justice reform package has become that the opportunities to criticize that implementation will certainly be there.