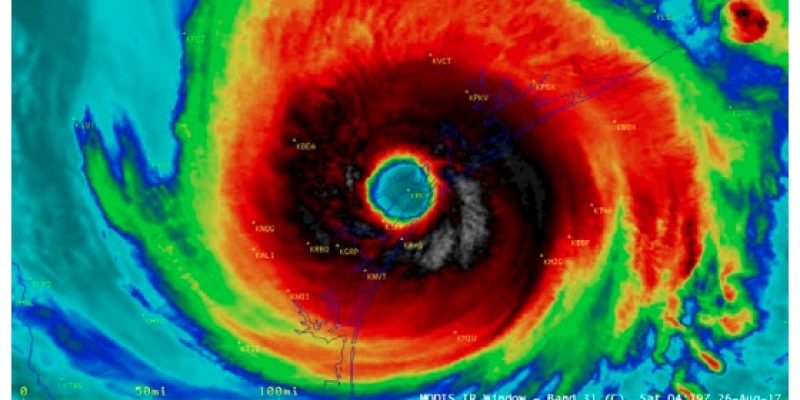 The National Hurricane Center released its “Hurricane Harvey Tropical Cyclone Report” today, and its conclusion is deafening. Hurricane Harvey was the deadliest hurricane in U.S. history in 98 years, and was a 1-in-a-1,000-year flood event.

Hurricane Harvey was the second costliest hurricane behind Hurricane Katrina. Based on the center’s calculations, the damage from Harvey is estimated to be between $90 and $160 billion with a midpoint of $125 billion. Katrina’s damages of $125 billion, adjusted for inflation at $161 billion, make Harvey the second most expensive hurricane in U.S. history.

Beyond the 68 dead and $125 million in damage, Harvey’s aftermath will be felt for many years to come.

It’s a once in a lifetime event for so many people. I think the flooding in the Houston metropolitan area is really unparalleled.

The biggest record breaker of all was the massive amount of rain that fell in Texas. The report states:

It is unlikely that the United States has ever seen such a sizable area of excessive tropical cyclone rainfall totals as it did from Harvey.

By comparison, the record for rainfall caused by a hurricane or tropical storm in America is 48 inches (1978) and 52 inches (1950). But in 2017, Hurricane Harvey dumped more than 60.5 inches in two areas of Texas: Nederland and Groves. That’s roughly one foot more than the record amount of rain.

For those who cannot comprehend what it is like to live through a 1,000 year flood event, imagine pouring rain with lightening and thunder for 100 hours straight. Imagine rain pelting windows and darkness so thick that throughout the day it is impossible to see clearly. Imagine not being able to drive or go to any store or pharmacy because roads are shut down. Imagine having no power, electricity or running water for several days. Worse still, imagine fleeing your home with the clothes on your back and never seeing your possessions again. Some people lost pets. Some people lost loved ones. Thousands lost their homes– and still have nowhere to live.

No pictures or data can adequately describe the devastation left by Hurricane Harvey.