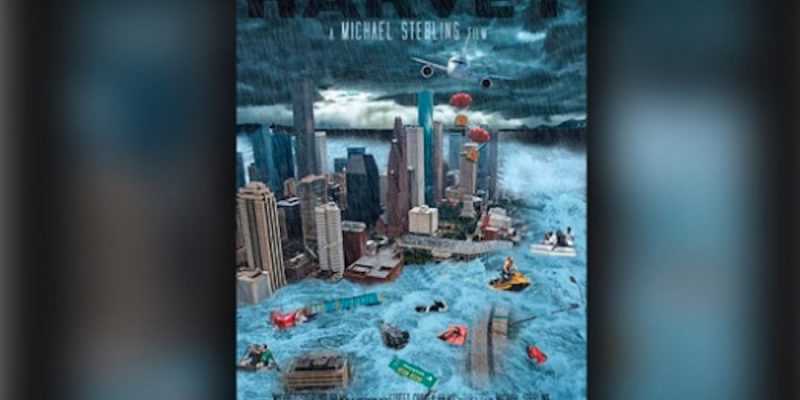 Some may argue that capitalism has no limits as a new rated-R movie, “Harvey,” begins production in a few weeks. The film is about the devastating and historic natural disaster, Hurricane Harvey. Harvey cost over $161 billion in damages, was the deadliest hurricane in America in 98 years, and the worst flooding event in U.S. history. Thousands of Texans are still without homes, and funding from FEMA.

“Harvey,” stars Antrone Harris (“Drop Dead Diva”), April Grant, Cara Cochran, and Tabitha Grant, according to the Houston Chronicle. Its producer and casting director, Nkem DenChukwu, “was stuck in her house for four days and almost ran out of food during the storm.”

Street Corner Films, the company producing the movie, announced on its Facebook page:

The film is “fiction-based with a mixture of truth in it.” The company added:

We must give thanks in all things. Every day is our opportunity to do so, and (to be) a better human being. Hurricane Harvey came to destroy, and it did. But we are still standing … strong. That’s hope. Harvey brought pain, but it also brought people of (different) races together. In the midst of tragedy, love came — the kind of love that does not discriminate against color nor nationality.

Street Corner Films begins production on the movie on February 17 and filming will last for roughly two weeks. It plans to release the movie on the one year anniversary of the storm.

The company announced today that its been inundated with requests for casting extras. Anyone interested in participating can email: [email protected]

According to KRBE News, “some members of the Saldivar family, who lost six loved ones in the flooding, will play roles in the film.”

Others expressed their gratitude for the film. One resident posted:

No distributor is lined up so the film may be released streaming online or on television.

DenChukwu told the Chronicle of her intentions for the movie: “That regardless of the storm we face in life, there is hope. With Harvey, strangers became neighbors and friends. It still gives us hope.”

Interested in more news from Texas? We've got you covered! See More Texas News
Previous Article METREY: Harvey And The Changing Climate Argument
Next Article Are You Ready for Facebook Changes? More Censorship?