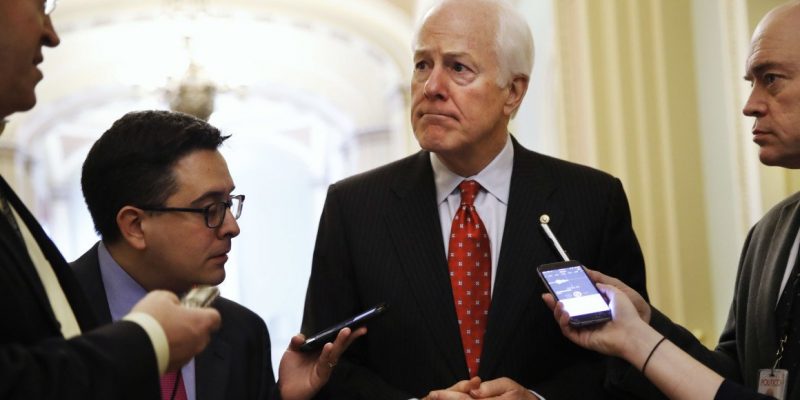 In a turn of events that could not be more comical, Republican Senator John Cornyn was notified by Twitter that he had interacted with content published by Russian-linked Twitter accounts. And not just any twitter accounts, but those that “attempted to influence the 2016 presidential election.” But proof of this content is not made publicly available– to anyone, including the four-term senator from Texas.

Sadly, the email Cornyn received from Twitter was not a joke. According to Twitter’s official blog, Cornyn is one of 677,775 people in America who followed, retweeted or liked content from one of 1,062 suspended Twitter accounts that it identified as being linked to “a Russian government-linked organization known as the Internet Research Agency.”

In response, Cornyn took a screenshot of the email and posted it on Twitter:

Finally social media is waking up to manipulation of public opinion by our adversaries. All of us need to step up to meet this challenge, especially the Press.

Finally social media is waking up to manipulation of public opinion by our adversaries. All of us need to step up to meet this challenge, especially the Press.

According to Twitter’s announcement on Friday, it recently suspended 1,062 accounts, but has so far identified and suspended a total of 3,814 accounts connected to the Russian Internet Research Agency. It stated that of these accounts, roughly 8.4 percent of their 175,993 tweets was related to the 2016 presidential election.