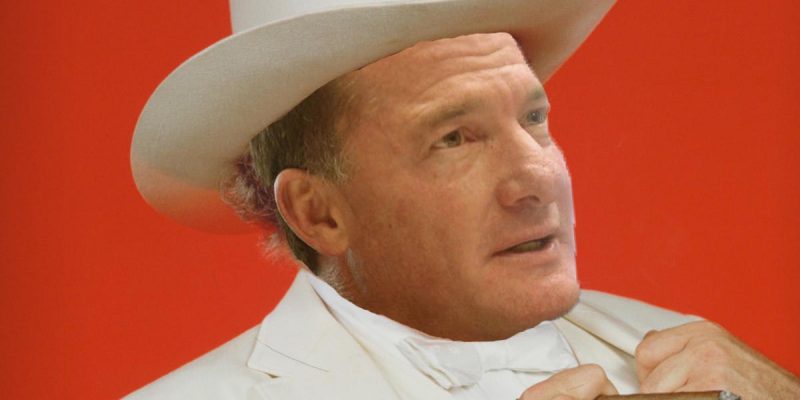 In case you haven’t been following the rolling controversy over former Louisiana State Police commander Col. Mike Edmonson, who’s been in hot water of sorts ever since a rather brutal report surfaced from the state legislative auditor’s office, WWL-TV popped out an update yesterday worth a look-see…

For the video-deprived, here’s a summary. Everybody remembers the genesis of Edmonson’s latest round of trouble – the disclosure of a highly-questionable road trip taken by a number of state troopers out to San Diego, where Edmonson was to be feted with an award at a national law enforcement conference, that included side trips to the Grand Canyon and to Las Vegas, resulting in some $13,000 in tax dollars wasted not just on Edmonson’s watch but with, it appeared, his blessing.

That fracas resulted in Edmonson’s retirement in March of last year, but it didn’t end his troubles. The legislative auditor’s office launched an investigation and the audit that probe produced hit the streets in mid-December. It came up with other issues indicating the state police commander and his people were living high on the hog at taxpayer expense. For example, there were the swanky hotel rooms the City of New Orleans was providing to the State Police over the Mardi Gras holidays that Edmonson was doling out to friends and family, there was the errand service Edmonson was developing for himself within LSP, including using state police personnel as dog walkers and prisoners as cooks and maids, there were the free meals from the Department of Public Safety cafeteria he took and the DPS credit card used for expensive dinners on the public dime, free car repairs on private vehicles from DPS’ Fleet Operations, there was the free dry cleaning from the Governor’s Mansion to make those state police uniforms look crisp and clean and the free dorm rooms at the state police training academy for Edmonson’s friends.

And most of all, the fact Edmonson got to live rent-free in a house on State Police headquarters grounds.

When word got out about the free house it created a minor sensation, as former Gov. Jindal’s chief of staff Timmy Teepell jumped in and took responsibility for that one – saying there was a good reason to move Edmonson into the house, namely that if he was living on the headquarters campus he’d be available at all times for whatever LSP would need him for. Fair enough, said the audit, but that’s a fringe benefit which would be taxable and if Edmonson didn’t pay taxes on it he’s got a problem. Not to mention Teepell gave the OK for Edmonson to move into the house before Jindal was sworn in as governor, so there’s a question whether he had authority to set up those living arrangements.

So Edmonson has hired Harry Rosenberg, who used to be the U.S. Attorney in New Orleans, as his attorney and he’s now fighting back against the audit. And the legislative auditor is shopping his document around to state and federal law enforcement in order to see if anybody is interested in prosecuting Edmonson.

There are other questions about Edmonson’s management of LSP, of course. We extensively covered Troopergate, the scandal that erupted over the state police violating their charter and endorsing John Bel Edwards for governor over David Vitter, not to mention illegally funneling campaign contributions to Edwards; that was a pretty patently corrupt decision which was designed to keep Edmonson in his job at LSP and by one interpretation now we see why. After all, if you’re deriving benefits beyond what the law allows in your job running a government agency it’s not just the loss of those benefits you’re worried about; it’s the accountability after the fact when you’re no longer in control. That’s one reason why it’s often so hard to dislodge a Third World potentate like Bashir Assad or Saddam Hussein; those guys know there’s no such thing as going quietly. The Edmonson situation is a case study on a much smaller level, but naturally Louisiana offers a window into Third World politics.

In Edmonson’s defense, none of this stuff rises to the level of major crime. He’s guilty of running a fairly loose ship, and he was overly generous to his friends with the taxpayers’ money, and it’s fair to say he aggrandized himself a bit more than was proper, but it doesn’t look like he was actively robbing us of more than a few creature comforts. Still, if you’re running the state police it’s preferable that you come off more like Elliott Ness than Boss Hogg, and Edmonson sure seems like the latter. Last month Sen. John Kennedy demanded he pony up for all the taxable income he derived from the bennies he was taking, saying in a letter to Revenue Secretary Kimberly Robinson that if Edwards was so intent on raising taxes to balance the state’s budget, “the least you can do is demand that his cabinet appointees pay their taxes.”

It ought to be noted there are more problems with the State Police than those of its former commander. After all, the State Police Commission paid Edwards crony and PAC chairman Taylor Townsend $75,000 to investigate the Troopergate mess, and Townsend magically delivered a clean bill of health despite obvious violation of code and law.

Naturally, Edwards was willing to keep him on in return for the corruption of the state police to benefit his 2015 campaign. That makes Edmonson’s troubles Edwards’ troubles, regardless of how far back the audit reaches.