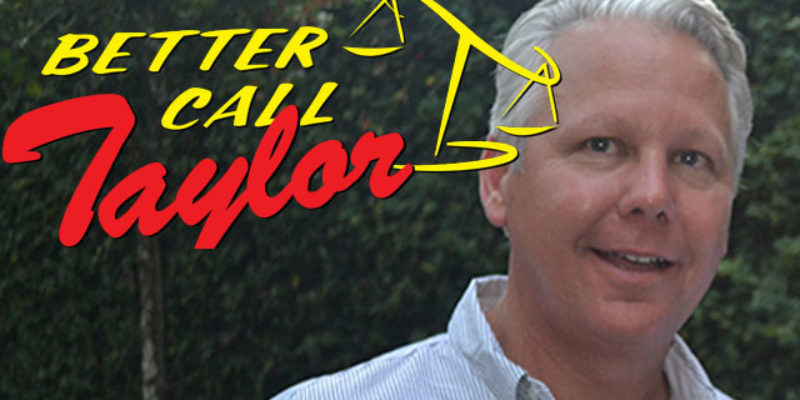 We’ve talked about it at length, and in particular the negative economic effects of the governor siccing a bunch of trial lawyers on oil companies in an attempt to stick them with the blame and cost of coastal erosion, but there is now some national attention being paid to the John Bel Edwards-Taylor Townsend attack on the energy industry.

Specifically, there’s an op-ed at the Washington Examiner this morning by Thomas J. Pyle, the president of the American Energy Alliance which does a pretty good job of summing up the governor’s scheme.

Liberal New York City Mayor Bill De Blasio made headlines recently when he announced that the city would be suing five major oil companies for damages sustained during Hurricane Sandy, on the theory that the storms were worse because of those companies’ contribution to climate change.

In Louisiana, Gov. John Bel Edwards and his fellow trial lawyer cronies have borrowed a page from the same playbook. A group of trial lawyers is representing six coastal parishes against the oil and gas industry in 42 absurd lawsuits alleging that drilling and the cutting of canals as far back as 80 years ago are responsible for coastal erosion.

There’s no proof to support their claim, yet they still hope to win. That’s because, with a judicial system overrun with trial lawyers and judges elected with their generous campaign contributions, the need for proof may be superfluous.

Pyle isn’t quite correct about that last bit. The goal isn’t to actually win any of these cases in state courts, though the cabal of lawyers in question have certainly been hard at work trying to stack the courts with friendly judges. What they’re really trying to do is to scare the oil companies into settling these cases. The problem is that the oil companies have so far told them to pound sand, or to do something anatomically impossible.

But this part is spot on…

To appreciate the chief cause of the state’s coastal erosion problem, it’s important to understand that the U.S. Army Corps of Engineers has long maintained a network of levees that protect the Louisiana Delta region from flooding. On the plus side, this works well in mitigating floods. On the negative side, it works too well in preventing the flooding of the environmentally sensitive coastal wetlands. The occasional flood is crucial in maintaining the wetlands. Deposits of Mississippi River silt accumulate, building up the land. By starving the wetlands of sediment, the levees become a major contributor to coastal erosion.

But despite the known effects of levees, the greedy trial lawyers are only targeting the oil and gas industry, which has been a key driver economic growth in Louisiana for over 100 years. The industry has generated uncounted billions of dollars in royalty payments to Louisiana landowners and tax revenues for state and local governments as well as providing hundreds of thousands of high-wage jobs to generations of Louisianans. Today, that prosperity is under threat, not from the federal government or even low oil prices, but from Louisiana’s own governor, his trial lawyer donors, and the abuse of the legal system.

LOGA President Don Briggs has written extensively here at The Hayride about the effect of Edwards’ cabal trying to sue oil companies for activities that were regulated and permitted by the state over the years, and what he’s talking about shows what a political and economic problem this entire mess is for the state.

Here’s the gist of it – sue the oil companies and they’ll certainly hire lawyers and fight you to death in the courts, rather than give you the settlement you want. But the other piece to this is where there’s a decision on the margins about where to drill for oil, those companies – who are national and multinational operations with headquarters outside of Louisiana (there was a time when some of them were here, but bad tax and economic policies ran those headquarters out of the state decades ago) – will simply do business elsewhere. And with fields like the Permian Basin and Eagle Ford next door in Texas it’s an easy call for them to do so.

That’s why outside of a little uptick in activity in the Haynesville Shale in the northwest part of the state, Louisiana is essentially missing out on the resurgence in the energy sector while Texas is booming.

Is all of this the result of Edwards and his cabal of lawyers suing the oil companies? No, it isn’t. But you’d be crazy to think it’s not a factor. It is. Thousands of jobs have been lost because of this stupid, corrupt decision.

And with Edwards presenting his budget all but killing the TOPS program and defunding mental health in the state yesterday as a naked demand for ever-more tax increases, maybe it’s time to question how many of the fiscal problems he’s attempting to deal with are the result of the fiscal problems his decisions have caused for one of the state’s core industries. All those oil and gas workers now paying taxes in Texas or drawing unemployment in Louisiana aren’t helping to drive revenue to the state’s coffers, after all – and neither are Taylor Townsend, Gladstone Jones and the rest of Edwards’ pals in that cabal trying to sue the oil and gas industry into submission.

Interested in more news from Louisiana? We've got you covered! See More Louisiana News
Previous Article JBE’s Budget Is A Bluff, And The Leges Should Call It
Next Article AUDIO: LABI’s Stephen Waguespack Calls JBE’s Budget “An Embarrassment”