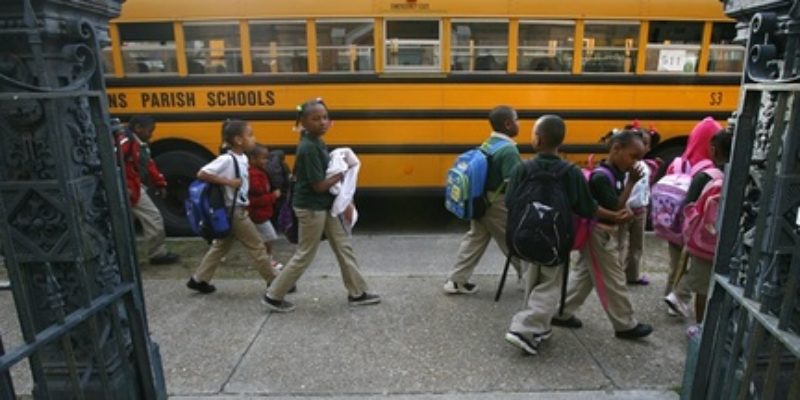 A national group has released its annual national rankings for states and their education systems, and Louisiana has once again scored a “D” and ranked 49th in the nation in education.

Louisiana is no stranger to being at the bottom of these lists, and education, in particular, has always been somewhat of a sore spot for the state. The ranking comes as the state still seems to be figuring out how it is going to measure its students’ growth.

Of course, it should be noted that Louisiana’s score was the exact same as last year – 68.3 (the national average is 71) – due to the fact that some of the data apparently used in the ranking process won’t be released by the state until later this spring.

Sydni Dunn, a spokeswoman for the state Department of Education, said the latest report uses the same data as that cited last year for academic achievement.

Dunn said the release of key statistics used for that category, results from the National Assessment of Educational Progress, have been delayed until spring.

“Louisiana has made steady but considerable progress over time,” Dunn said in a statement.

“We are committed to continually raising the bar for our students, and we look forward to seeing the report next year that will reflect how our students have improved.”

I am not one to put much stock in national rankings like this because education is not uniform, nor should it be. What Louisiana does or doesn’t do should not be measured next to Texas, who has a completely different system (one that we should try to emulate in some ways, sure), but education is all about national scores and recognition right now.

The question shouldn’t be student achievement so much as it’s about student growth. And the fact of the matter is that Louisiana has been doing a considerable amount of growing. We are one of the fastest-growing states when it comes to student growth, and it’s at a rate that is faster than many other southern states.

There’s still a lot of work to be done in the state, sure. But there’s actually a good bit to be proud of. So, take the ranking at face value, and help push your kids to grow. That’s how we’re going to make the state better.