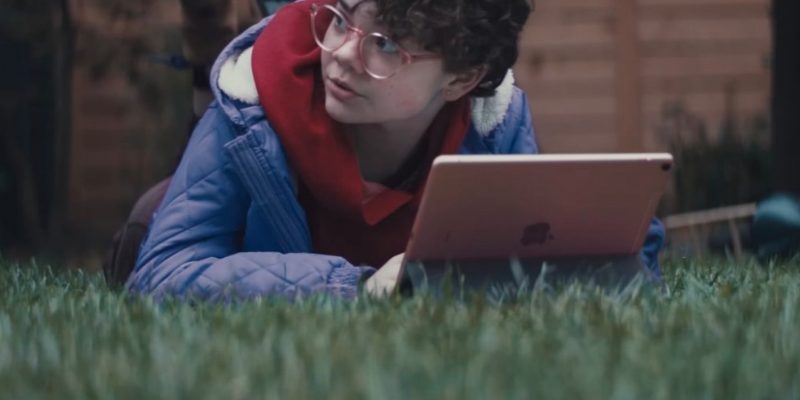 Apple’s new commercial of a young girl using an iPad is getting a virulent reaction from viewers and has been dubbed “the worst commercial ever.”

But the kicker comes when her neighbor asks her what she is doing on her computer and she replies by asking, “What’s a computer?”

As one writer at Business Insider points out, “In this fantasy Apple world, traditional computers are so outdated that a child doesn’t even know what they are.”

Is the child a brat? Insolent? Ignorant? Arrogant? Spoiled? Oblivious to the reality that majority of work in the entire world is performed on a computer?

Social media users expressed their disgust for the ad: 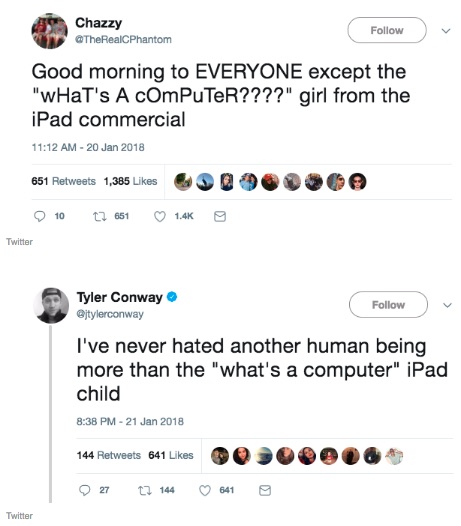 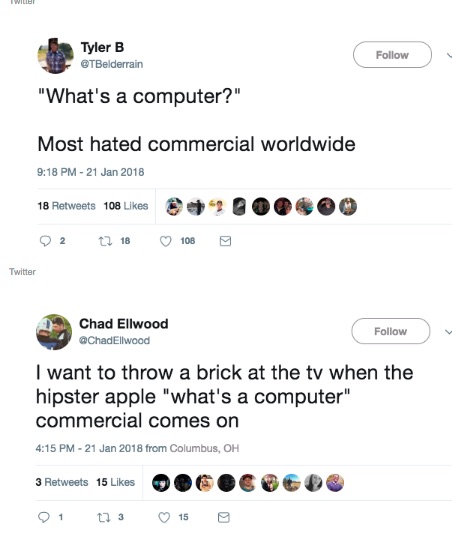 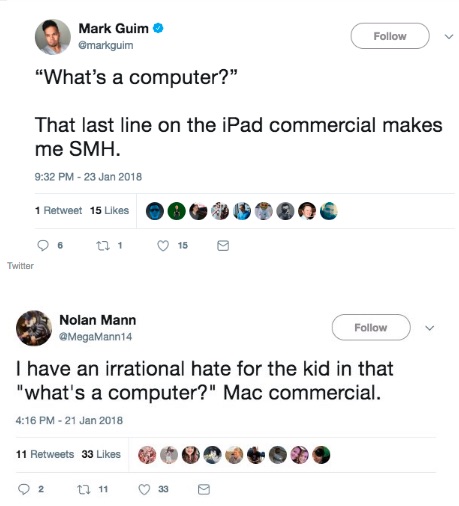 “What’s a computer?” is a clever marketing slogan. It’s not one that anyone is likely to forget. Despite the controversy the ad did build name recognition–no one will forget the iPad Pro. The question is whether or not anyone will want to buy it after such an obnoxious ad. Most people can’t afford the iPad Pro, let alone have their children use it to play with for fun. In this way, the ad might have hurt Apple more than helped it. Who wants to be like the privileged child who is so hip that she’s using an iPad Pro but also is so ignorant or snobbish that using a computer appears to be beneath her?

Perhaps the girl might want to change her image and have a makeover. She won’t want to be known as the girl in the worst commercial ever.