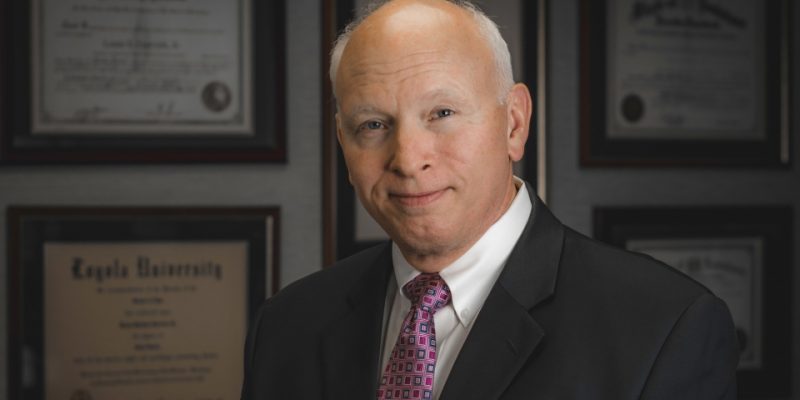 On Saturday, Louis Gurivch was elected the new chairman of the Republican Party of Louisiana. After 14 years, the longest tenure of a state GOP chairman in the country, Roger Villere had decided to bring his tenure to a close. Gurvich secured a clear majority of the nearly 175 votes present to win in the first round of votes.

Louis Gurvich is an attorney and businessman from New Orleans and had been serving as Secretary for the LAGOP over the last several years. Roger Villere had backed Gurvich in a proverbial ‘toss of the baton’.

No other period in Louisiana history had seen more growth for the Republican Party than the past 14 years. In 2004, when Villere took over, both legislative chambers had broad Democrat majorities and Kathleen Blanco had just begun her only term in the Governor’s Mansion. At that time then-Secretary of State Fox McKeithen was the only Republican in statewide office.

Things changed rapidly. Later in 2004, David Vitter was elected as Louisiana’s first Republican Senator since Reconstruction. In 2007, Bobby Jindal became Governor. Both chambers in the legislature boasted Republican majorities by Spring of 2011, a first since Reconstruction. Villere’s LAGOP chairmanship represented a manifestation of conservative ideas that had been brewing in Louisiana for decades. It helped change the political landscape forever.

Hence, it was little surprise that Villere’s handpicked successor was able to easily secure the support of the LAGOP board members who had seen Roger succeed at such a high level.

But Gurvich had played his own part already, overseeing the party registration committee over the past few years. Voter registration peaked for the Grand Old Party under the Gurvich strategy, using new-age social media tactics and data mining to grow party registration to new heights.

Gurvich also has promised to bring a new era of transparency to the 230-member board regarding party financials. It was revealed at the meeting on Saturday that the Republican Party of Louisiana is over $100,000 in debt – despite several big fundraisers as of late. Gurvich is no stranger to fundraising and is expected to right the ship in that regard soon.

Next year, the Republicans will be in a similar situation as they were in in 2007. But John Bel Edwards is a Democrat who enjoys much higher approval ratings than Kathleen Blanco, who had famously mishandled the aftermath of Hurricane Katrina. Jindal had clear momentum and Blanco decided not to run.

Today, no one is quite sure who will even run for Governor on the Republican side. Congressman Ralph Abraham, from northeast Louisiana, seems to have thrown his hat in the ring. There has been talk of others running including State Senator Sharon Hewitt and Attorney General Jeff Landry. Sources close to State Senator Bodi White have said he is looking closely at the race. Some are clamoring for U.S. Senator John Kennedy to come back to Louisiana. But no one knows for sure who will run.

The Republican Party certainly has a tough road ahead of it, but Gurvich is definitely an experienced leader who will give the party its best shot of fundraising, recruiting and eventually putting a Republican back on the 4th Floor.


Interested in more national news? We've got you covered! See More National News
Previous Article COURRÈGES: Response to the First Two Pages of Mayor Landrieu’s New Book
Next Article It Looks Like Opposing Coaches Will Wade Is Outworking Are Using Shill Reporters To Attack Him…