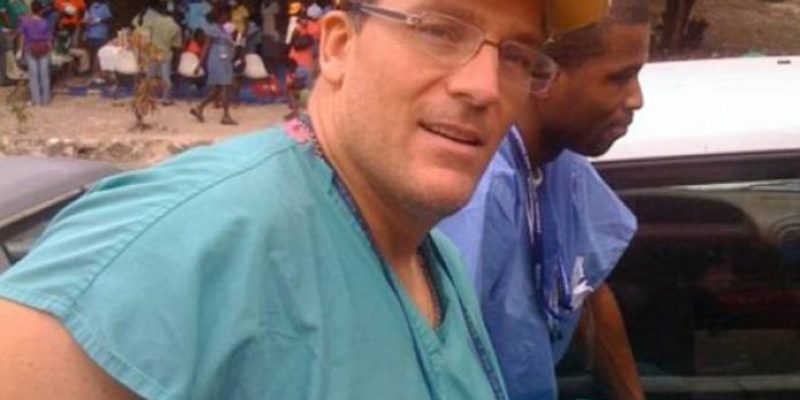 Dr. Dean Lorich, an orthopedic surgeon who volunteered in Haiti and exposed the extent of Clinton Foundation corruption via Wikileaks and massive medical malpractice being conducted there, was found dead in his New York City apartment. He was 54.

The New York Daily News reported that Dr. Lorich’s 11-year-old daughter found him on the bathroom floor with a knife in his chest. The police were called to the scene first described as an “assault“, but later note his death as a “suicide.”

After the 2010 earthquake in Haiti, Dr. Lorich was one of many doctors who went to Haiti assist in the relief efforts. What he witnessed by the Clinton Foundation, he described as, “shameful,” and voiced his concerns directly to Hillary Clinton.

He then wrote an article that CNN published, in which he accused the Clinton Foundation of “widespread corruption and malpractice in Haiti that cost the lives of thousands of children.”

Because aid money was raised and donated to the Clinton Foundation for relief efforts, people in need were supposed to receive medical care. Instead, the money was funneled to Clinton associates. This resulted in what Dr. Lorich describes were “painful deaths” for children. He wrote:

We expected many amputations. But we thought we could save limbs that were salvageable, particularly those of children. We recognized that in an underdeveloped country, a limb amputation may be a death sentence. It does not have to be so.

According to Dr. Lorich, only 0.6 percent of the donations the Clinton Foundation received to provide medical support to assist Haitians actually reached them.

His email Hillary Clinton was published by WikiLeaks, and can be read here. He wrote,

We left feeling as if we abandoned these patients, the country, and its people, and we feel terrible. Our flight of critical medical equipment and personnel had been canceled.

Instead of providing much needed medical support to Haitians in desperation, Clinton Foundation funds donated for that purpose went elsewhere.

Why a surgeon would have stabbed himself, and not in his heart, causing himself to bleed out, remains a mystery. And, his death is another unlikely suicide or mysterious death among a growing list of people who spoke out about Clinton corruption.