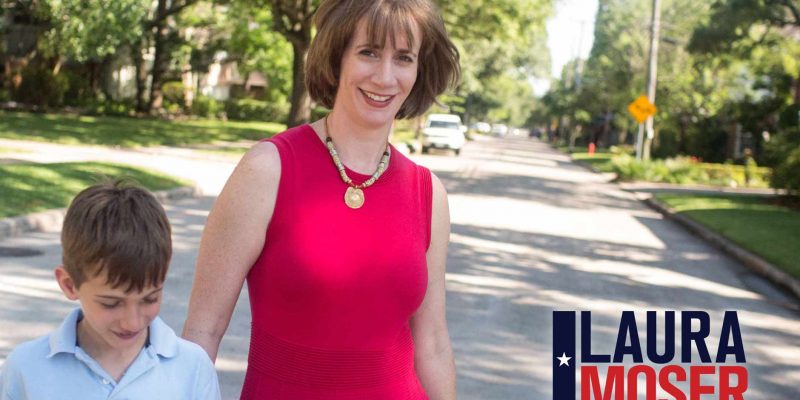 The Democratic Congressional Campaign Committee (DCCC) came out with gloves swinging and personal attacks against Laura Moser who is running for Congress in Texas’ 7th District. And, in light of better suited candidates, and Moser’s previous remarks, it’s not hard to understand why.

More than one week ago the DCCC  “unleashed a scathing attack against journalist and activist Laura Moser.” Moser is one of the seven Democrats running in the Texas 7th District Democratic primary. Her formidable opponents include Attorney Lizzie Pannill Fletcher, nonprofit executive Alex Triantaphyllis, and oncologist Jason Westin.

Whoever wins would run against Republican Rep. John Culberson in November. If none of the four leading candidates receive more than fifty percent of the vote, voters will have to decide between the top two finishers in a runoff six weeks later.

The DCCC cited a 2014 Washingtonian article in which Moser wrote that she’d “sooner have my teeth pulled out without anesthesia” than live in Paris, Texas.

She also wrote about living “directly next door to a deaf-mute drug addict,” which The Daily Moth, a news outlet for the deaf, said was offensive. Moser apologized for writing what she said was “extremely inappropriate and insensitive, and I regret it deeply.”

If Moser hates Paris, Texas, why is she running for office? Isn’t she just running for herself, to live in Washington, D.C. as a Texas-loathing carpetbagger?

Democratic voters need to hear that Laura Moser is not going to change Washington. She is a Washington insider, who begrudgingly moved to Houston to run for Congress.

But progressive Bernie Sanders activists were incensed by the DCC’s move, which is ironic, in light of what Sanders claims about giving “more power to the people” away from Washington. And, one political organization that controls Bernie Sanders’ massive email list, Our Revolution, endorsed Moser days before the primary.

Our Revolution, along with two other progressive groups, Justice Democrats and CREDO, also launched a petition aimed at DCCC chairman Ben Ray Luján demanding that he “stop attacking progressives in the Democratic Party.”

Moser released her own ad on Friday, saying the Democratic primary is about “rejecting the system where Washington party bosses tell us who to choose.”

But the DCCC has a valid point– backlash over her 2014 article is ongoing. How can anyone not be offended by what she wrote– or want to vote for her?

Kandice Webber, an organizer of Saturday’s March for Black Women in Houston told BuzzFeed’s Alexis Levinson that in the article, Moser was “completely tone deaf and it just, it reeked of white privilege.” And, that Moser “has no business” representing Texas’s 7th District.

Voters will decide today whether or not she will.