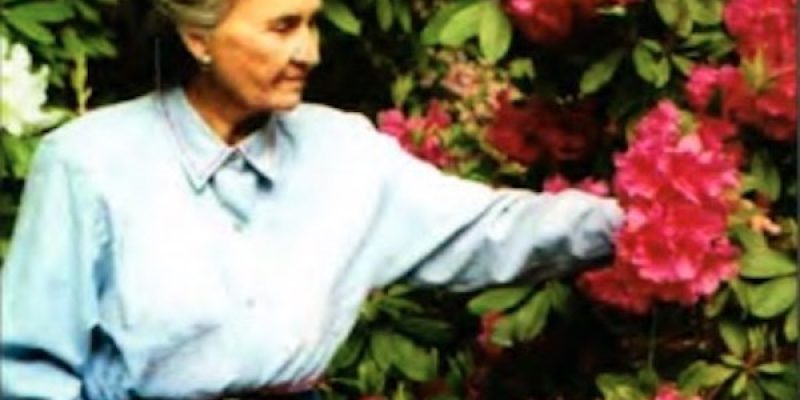 Margie Yates Jenkins, an expert on cultivating landscaping plants, is the first woman to be inducted into the Louisiana Agriculture Hall of Distinction. The induction ceremony will be held on March 22 at L’auberge Casino and Hotel in Baton Rouge. Tickets are available for purchase online.

Jenkins, who is 96-years-old, is a prominent and well-known leader in Louisiana’s landscape and nursery business. She has contributed sixty years of knowledge and know-how to the businesses of timber harvesting and dairy cattle and sheep ranching.

The award honors people who “have made significant contributions to the state’s agriculture community.” In addition to Jenkins, Pierre “Pete” Lanaux, will be inducted this year. Lanaux is a sugarcane farmer of more than 70 years.

The awards ceremony is presented by Louisiana Radio Network, the LSU AgCenter, the Louisiana Department of Agriculture and Forestry and the Louisiana Farm Bureau Federation.

A masters thesis published by Louisiana State University by Gayna B. Veltman, provides a biographical overview of Jenkins and her contribution to agriculture in the Gulf Coast region. It examines

the issues of culture and regional history, particularly the history of the horticultural industry in Louisiana. It traces how a self-taught botanist overcame the obstacles of gender and post-war depression to become an innovator in the nursery business, experimenting with native plants of the Southeast, as well as exotics imported from as far away as New Zealand. Her experiments and the plants that she introduced to the trade would eventually change the selection of plants used in the landscape industry in the Gulf Coast region.

Azaleas Magazine also published a short piece about the preeminent Louisiana woman with images of her working in several gardens in 2008. Photo credits for the feature image and the image below are from this issue and attributed to Robert “Buddy” Lee and Regina Bracy, respectively. 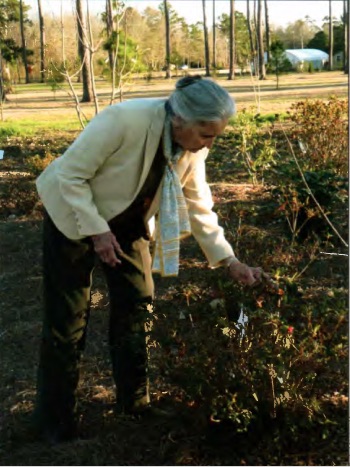