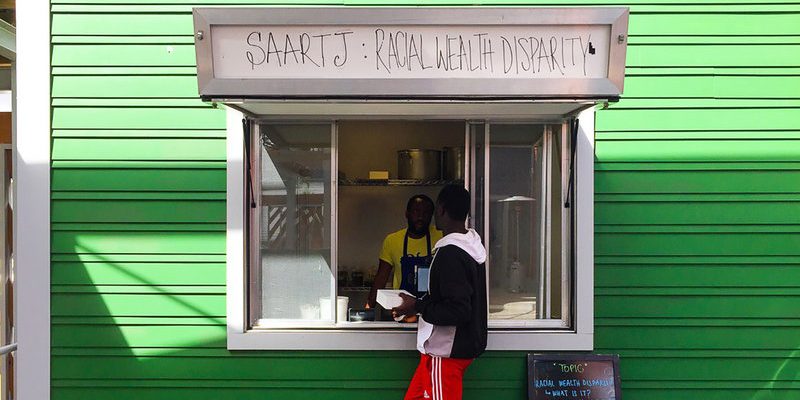 Chef Tunde Wey opened up a pop-up stall called Saartj in February in New Orleans’ Roux Carre venue. It’s unique for serving Nigerian food, but is making headlines for asking white customers to pay more than double for the same food than anyone else.

NPR writes that Saartj is “running a social experiment.” But others are free to call it what it is: blatant discrimination against white customers.

Anyone that does not have white skin is charged the $12 price for a Nigerian meal listed on the menu. White customers are told that they can pay more than double that amount– $30– for the same meal. Why? Because of the income gap between white and non-whites in New Orleans, Saartj’s owner argues. The difference in price for the same lunch is supposed to reflect the income gap.

NPR asks, “Can a $12 lunch change the way people think about racial wealth disparity in America? How about a $30 lunch? That’s the premise behind a social experiment playing out in a New Orleans food stall.”

How does Saartj redistribute the wealth to black people living in New Orleans? The difference Wey receives between $12 and $30 per meal was redistributed to minorities who bought food at the stall and elected to receive money collected by whites. 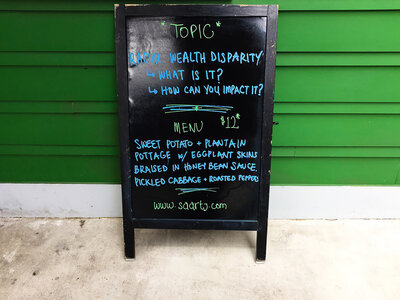 How do customers respond? Wey says,

Anjali Prasertong, a graduate student in public health at Tulane University who suggested the proposition to Wey and collected data, told NPR, “That was definitely higher than we expected.”

Customers who agreed to buy lunch were asked to fill out an online survey online. Some were interviewed in person about how they are personally affected by “income and wealth disparities.”

One of the things I took away from interviewing people was a greater awareness that people of color have thought about wealth disparity and how it has touched their lives and the kinds of things they’ve lost out on because they didn’t have access to the resources their white friends did. Not that [white people] weren’t aware, but they never really thought about how … that might have affected where they are in the world in relation to people of color. They never stopped to think, ‘Oh, that car my parents gave me in college allowed me to drive across town to get a good job.’

But there’s a catch to the experiment. Not all customers are from the same neighborhood or have the same income background; they could all afford to spend $12 on lunch and were all in a higher-than-average income bracket.

And, the vast majority of customers of color blacks, Latinos, and Asians, declined to receive redistributed money that came from charging white people more than double.

The data collection part of the experiment is now over. As of Feb. 28, 64 people completed the survey, half were white. Twenty-five white customers paid the extra $18. Only six people of color signed up for wealth redistribution, which meant they each received $75 each.

Saartj is a reference to a 19th-century black South African woman who was publicly paraded as a “freak show” in Europe.