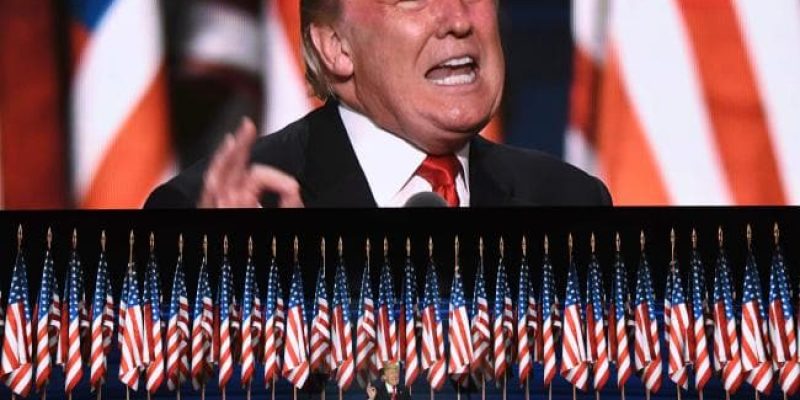 For years, the media has had the American people on a hook, one that, due to inaccessibility to more information, they were stuck on. No longer is that the case.

And yet, the media continues on as if the same methods will continue to work. Take a look at CNN, at MSNBC, and other outlets. The mainstream media continues to obsess over “scandals,” wondering when President Trump will finally succumb to one of them. Plot twist: he won’t. That’s because We The People are finally waking up and realizing that what we’re being fed is not what is worthy of our attention.

It’s hardly any our faults that we fell for this in the first place. The media’s job is to convey information to us, not to distort it. And from the early days of television up until the advent of the digital age, the world was without any sort of network to convey information that would allow for news consumers to make up their own minds about how things are, how they should be, and what is actually happening in the world. However, thanks to the invention of the Internet, social media, and cell phones, we’re finally able to communicate with each other better than before, and we’re finally deciding that we’re not going to adhere to the narratives that the media is pushing any longer.

Americans simply do not trust the media anymore. It’s a statistically observed fact. In fact, Americans actually trust the current President more than they trust the news, which would probably explain why the media is having a collective meltdown with every single move that he makes as President. The media cannot possibly understand how Donald Trump’s approval ratings continue to remain steady or rise as they continue to publish material they believe will end his presidency. The answer to the question of why that may be is simple: Americans don’t trust y’all anymore. Your credibility is shot. A massive portion of the American populace isn’t buying the anti-Trump stories, but they are buying more at the stores thanks to the economic revival that has occurred. They are watching Trump succeed with North Korea, cut regulations by a massive amount, and pass a tax bill that will help all Americans. They are seeing successes, and they aren’t buying the crap anymore because it’s clear that the media has no interest in actually portraying the facts anymore. Gallup even polled and found that Americans by and large can no longer name a neutral source for their news.

And yet, the media doesn’t want to accept this. They continue to believe that Americans are sheep to be herded to their viewpoint on how politics, government, and society should be. They continue to propagate fake scandals day after day, and then they do not understand why Americans don’t listen or care. They continue to force us to hear about Russian collusion with Trump’s campaign, even though not a lick of evidence has been put forward to show that narrative to be true. Americans can see that. Even some Democrats find it to be a bad strategy. When that doesn’t work, they move onto Fire and Fury, the salacious tell-all by Michael Wolfe. What did Americans do? They examined the claims, found them to lack credibility, and moved on with their lives. They didn’t care about the coverage of the book as they determined it to be incredulous gossip. Next up was Cambridge Analytica, which failed to really do much besides backfire and blow back on President Obama’s 2012 campaign and on Facebook, who is now struggling to explain to users why they should stay on a platform that has no respect whatsoever for privacy. And now, the media darling is Stormy Daniels, who Trump may or may not have had an affair with over a decade ago when he wasn’t even remotely thinking about a run for President. CNN was shocked to find that conservative Christian women not only didn’t care, but were deferent to the Trumps on the matter, saying that it was their business. Imagine that. Christians are forgiving.

The media, meanwhile, is just attempting to obfuscate from the real news. They are blatantly ignoring the FISA scandal, where a U.S. citizen was illegally spied upon in order to spy upon the entirety of the Trump campaign. They ignore the Uranium One scandal, which is unethical at best and the worst sort of governmental criminal activity at worst. They ignore the censorship of conservatives on social media, where Facebook has implemented a new algorithm that essentially crushes conservative websites while platforms like Twitter and Reddit have made a habit of cracking down on conservatives for expressing opinions they believe to be held by Russian bots. They are ignoring every single instance of actual scandal in hopes that the people of the United States actually fall for what they are selling us.

However, we aren’t going to take it anymore. That much is clear. We reject their fake scandals and continue to support draining the swamp. I see it every time that CNN holds a town hall, just to discover their narrative wasn’t accurate. I saw it when voters rejected every lie that was told about Donald Trump and entrusted him with the Presidency and the Republicans with the Congress. The American people aren’t sheep or pawns. They are intelligent people, and they will seek the truth amid the confusion that is put forward. This is why the media cannot and will not win. We seek the truth, and we shall have it.

Interested in more news from Texas? We've got you covered! See More Texas News
Previous Article 85 Grand Of Your Money Flushed Right Down The Commode
Next Article Facebook’s Machinations, And The Mighty Hayride