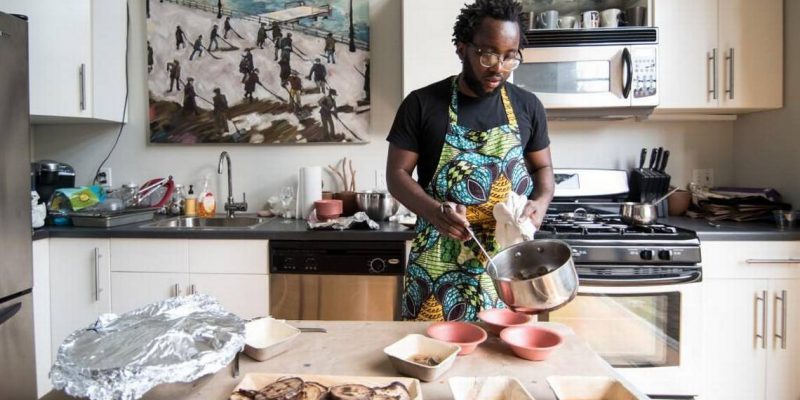 The Times-Picayune has uncovered a racist restaurant in New Orleans that is charging different amounts for meals based on race. Even more startling, this restaurant is working with Tulane University and Loyola University on this scheme.

Except the Times-Picayune is praising the racism in question. That is because the racism is targeted towards white customers.

A restaurant run by Tunde Wey at the Roux Carre’ food court in Central City is embarking on what they call a social experiment on racial and economic disparities in New Orleans. The restaurant is charging white customers $30 for a plate of Nigerian food and non-whites $12 for that same plate.

Would you hesitate to spend $12 for a work-day lunch? How about $30? One big factor affecting your answer to that question is how financially secure you are.

In Central City, a social experiment is under way through Sunday (March 4).

Walk up to a window manned by chef Tunde Wey at Roux Carré, 2000 Oretha Castle Haley Blvd., order his Nigerian food and the experiment begins. If you are white, you will be asked to pay $30. If you are black, Latino or Asian, the bill will be $12.

Any diner can elect to pay $12 and be served. The point is not to charge people more for lunch based on their race, Wey said. The point, he said, is to make people experience, in a concrete situation, how income disparities — which, in New Orleans, starkly run along racial lines — affect daily decisions like what to pay for lunch, as well as life-altering opportunities and even personal health.

“It seems like a simple premise and also a little provocative,” said Anjali Prasertong, a graduate student at Tulane’s School of Public Health, who, along with volunteers from Tulane and the new Loyola Food Studies program, surveyed participating diners and collected data on their behavior.

The restaurant already has a solution for racial and economic disparities: wealth redistribution.

A second part of the experiment is about what “redistribution of wealth can look like in practice,” Wey said, noting that extra money collected — the $18 difference — from those who do pay $30, has been pooled. During the survey, black, Asian, Latino or other minorities are asked if they want to leave their emails, so that they could share in a portion of that money.

White people are beginning to organize to protect their interests. That’s why we got Trump. Perhaps Wey and his buddies should keep this in mind before trying to turn New Orleans into Zimbabwe.

The left would be wise to learn this quote from Thomas Sowell. “Racism does not have a good track record. It’s been tried out for a long time and you’d think by now we’d want to put an end to it instead of putting it under new management.”