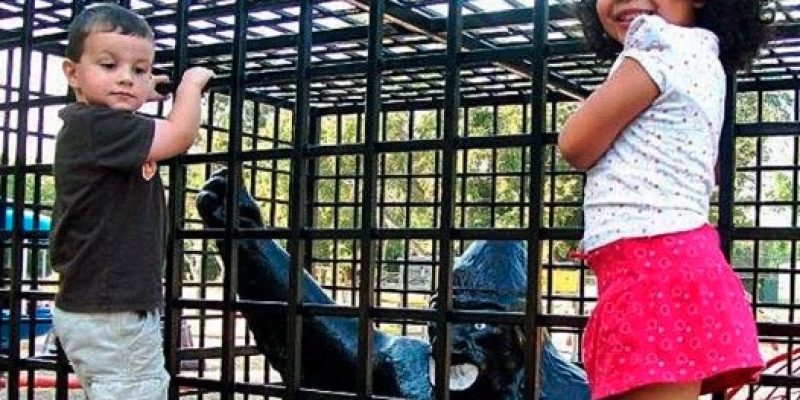 Another example of liberal insanity. Only a twisted mind would argue that a black gorilla in a cage represents black people in a cage. (Who thinks that a gorilla in a cage has anything to do with the color of a person’s skin?) But that’s what’s happened in Corsicana, a town in the Fort Worth area of Texas.

A gorilla statue in a cage that’s been part of a jungle gym on a children’s playground for 19 years was recently removed because someone complained that the gorilla was racially insensitive. Yes this really happened and it is not an early April Fool’s Day joke. 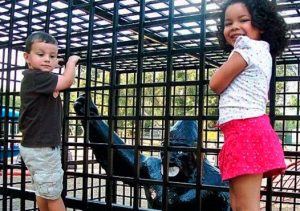 Corsicana’s Community Park has a children’s playground with a circus theme that for 19 years has had a gorilla in a cage made of reinforced steel that children can safely climb on. Only recently did the city receive “an uptick in complaints” about the structure. A spokesperson for the city said some people complained that “the gorilla [was] offensive – racially insensitive — in some form, and requested its removal from the park.”

After receiving more complaints, Mayor Don Denbow, a city manager, and city council member decided to remove the gorilla and leave the empty cage. How an empty cage on a playground is good for children remains unclear. 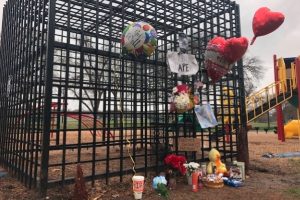 Community members posted a memorial page on Facebook called, ” In Memory Of Dobby” to express their concerns and pictures from the playground. The caption of the photo says it all:

Removing the gorilla led to public outrage, enough for a news report by the local CBS News affiliate. Within a few hours of the story, Corsicana city council member Jeff Smith posted on Facebook that the city will return the gorilla statue “as soon as weather permits.”

It sounds like some people in this neighborhood have WAY TOO MUCH TIME on their hands to complain about a gorilla on a playground.

But worse still is the irrational mindset that a gorilla in a cage has anything to do with racism. The people who suggested that it does obviously have their own problems and do not understand the difference between homo sapiens and primates. Or they think minorities are like primates and project this through their deranged advocacy.