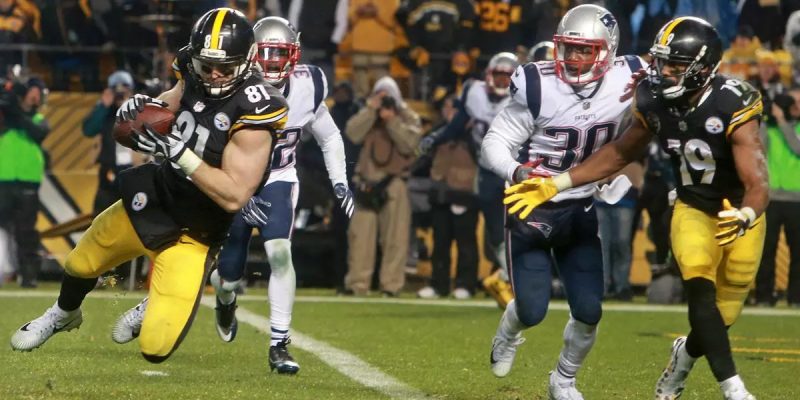 …and our thanks go out to the league for fixing what has been one of the most irritating things about watching NFL games.

This should have been the rule all along.

You could make the argument that possession and two feet down would be enough for a catch, but that’s really hard on officials because sometimes the question of possession of the ball can be a bit of a tricky proposition and that might result in things being called catches which are not really catches. But if you add the football move, you’re adding the element of control to the equation and that makes it a lot easier to delineate what’s a catch and what isn’t. A receiver who has enough control of the ball to reach it over the goal line, for example, has made a catch.

Like Riveron, the NFL’s director of officiating, noted, this change might well result in their being more fumbles. If so, so be it. Fumbles aren’t a bad thing at all from the standpoint of the game’s watchability – turnovers are dramatic plays which can greatly change the momentum of a game and introduce a great deal of uncertainty into the mix. We’re fans of turnovers, except when the Saints make them of course.

But most of all, the old catch rule subjected the referees to far too much fan outrage for doing their job. Calling plays like the one involving Steelers tight end Jesse James at the goal line against the Patriots incomplete passes, which was consistent with the rules at the time, is a recipe for conspiracy theories and bad TV ratings as casual fans throw up their hands and change the channel. It’s always better if the referees aren’t noticed. And a simplified, common-sense rule on what is a catch will help a great deal.

Now, pass a rule to stop idiots like Michael Bennett from kneeling for the national anthem, and you might just reverse the trend of fans tuning out.

Interested in more national news? We've got you covered! See More National News
Previous Article Where’s the Collusion? Check Out the FBI, CIA, Obama, and the Democratic Party
Next Article We’re Not Gonna Take It: The American People Are Done With The Media