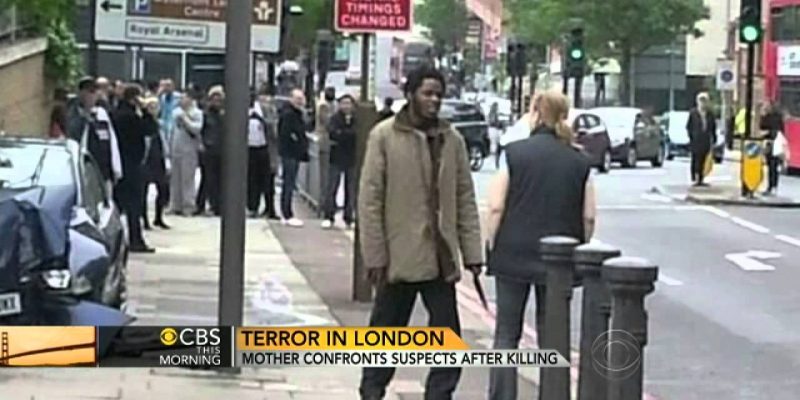 A new report reveals that in the last two months of 2017 one machete attack occurred every 90 minutes in the U.K. Police dealt with 928 crimes involving a machete – an average of 15 each day, or 1 every 90 minutes.

A shooting and stabbing spree has claimed 56 lives in London alone this year.

Machete attacks are associated with murder, rape, and burglaries. Although the media and police won’t publicly state that the majority of the perpetrators are Muslim men. Machetes came to public prominence in May 2013 when British soldier Lee Rigby was butchered in broad daylight by two Islamic men.

The majority of the attacks occurred in London (425), Greater Manchester (99) West Midlands (77), and 29 each in Merseyside and West Yorkshire. Over the same period only 100 knife crimes were committed three years prior.

The Office for National Statistics reported that in 2017 the police recorded 37,443 knife-related offenses (or involving a “sharp instrument,” which was a 21 percent increase from the previous year. Last year was the highest number of reported knife-related crimes since the government began recording them seven years ago.

The machete was originally intended as a tool used to cut undergrowth or sugar cane in Latin America and Africa. Critics say they have little legitimate use in the UK, but they are not on a list of banned blades such as butterfly or flick-knives.