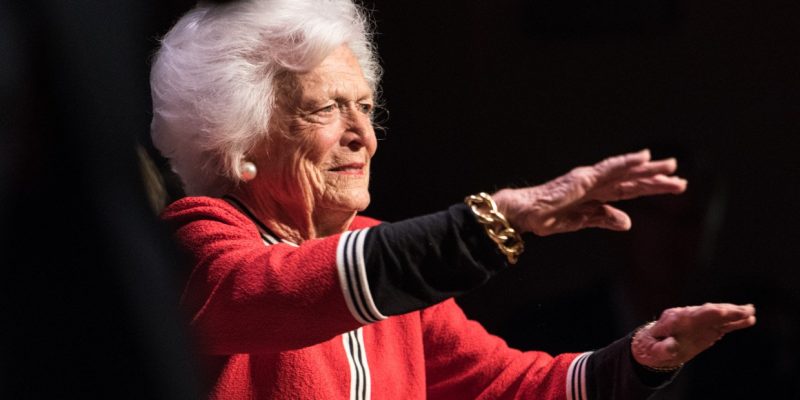 Roger Stone, the political consultant, lobbyist, and former adviser to President Trump, recently said in an interview that former First Lady Barbara Bush is in hell, and was a terrible person.

“I understand I’m going to take a lot of crap for speaking the truth about Barbara Bush,” Stone said in an interview with InfoWars host Alex Jones. “She was a mean-spirited, vindictive drunk. She is ascending into hell right now. She’s not going to heaven. She was a bad person.”

Stone also reportedly wrote on Instagram that “Barbara Bush drank so much booze, if they cremated her … her body would burn for three days.”

Stone may have good insight, but his timing wasn’t the best, which may lend people less able to hear his message.

Some might argue that one should not speak ill of the dead, harkening back to a 4th century Latin phrase. But in this case, it is important to question why the mainstream media, liberals, and globalists are all hailing Barbara Bush as this wonderful woman who could do no wrong. It is hard to believe in light of the fact that she was both wife and mother to two presidents who initiated illegal wars that caused the destruction of entire regions and the near annihilation of Christians from the oldest known Christians communities in the entire world. Or, that she was always a supporter of Planned Parenthood and abortion, a view that diametrically opposed her efforts to advance childhood literacy.

Interested in more news from Texas? We've got you covered! See More Texas News
Previous Article Remembering the “kind” Barbara Bush’s love for Planned Parenthood [video]
Next Article 15 machete attacks every day in the UK, one every 90 minutes