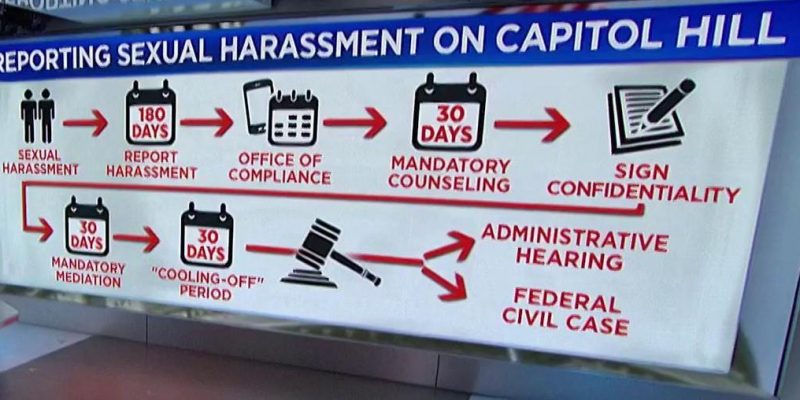 Thanks to the Committee on House Administration and its chairman, Rep. Gregg Harper (R-MS), partial data was released from the Office of Compliance (OCC) detailing a partial amount of taxpayer money used to pay sexual harassment and discrimination suits filed against members of Congress.

From fiscal years 2008-2012, a total of $342,225.85 of taxpayer money–not money paid for by the lawmakers themselves–was spent on sexual harassment and discrimination settlements and awards. This amount represents only 2 percent of the $17 million of taxpayer money the OCC used to pay for claims.

The amount was released after the committee extensively reviewed sexual harassment and discrimination in the congressional workplace. As part of the committee’s review, Harper asked the Office of Compliance “for a breakdown of the $17 million total amount that has been reported by their office for all cases involving claims of violations of the Congressional Accountability Act.”

The committee announced stated that the OOC provided it “with additional statistics of settlements and awards paid by type of claims as a result of cases originating with an employing office in the House of Representatives from FY2008 – FY2012.”

The committee released the original data it received on December 1, 2017. However, Harper said that more information is still needed.

“The Committee has yet to receive all of the information we requested,” Harper said. “We will continue to investigate the OOC’s record-keeping practices as part of our extensive review.”

Information provided by the OCC to date:

Harper said in the press release that the committee hoped to “create a culture within our Capitol Hill community that instills in every employee and employer, new and old, that there is no place for sexual harassment in the halls of Congress.”