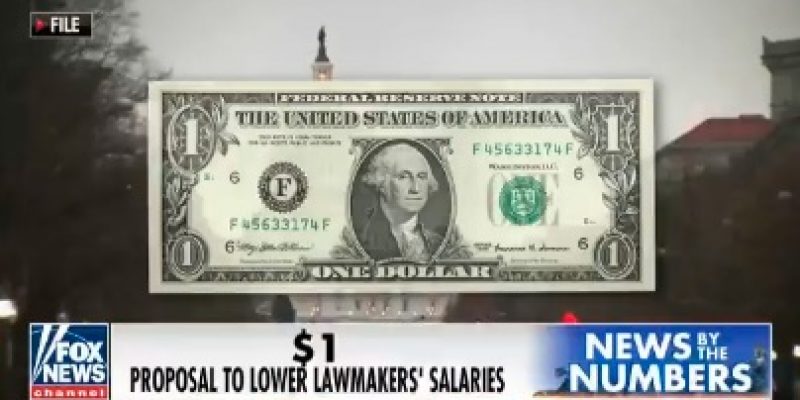 “Is it possible that a disruptive, game-changing measure like this could instill public confidence in Congress and set the stage for a wave of innovation and accomplishment?” asks Florida Congressman Francis Rooney.

Rooney said in a press statement:

When my home state of Florida passed term limits, 76 percent of Sunshine State voters voted in favor. In fact, Florida is one of 15 states to currently have legislative term limits. This year, a nationwide poll conducted by McLaughlin & Associates found that 82 percent of voters support Congressional term limits, including 89% of Republicans, 83 percent of independents, and 76 percent of Democrats.

Rooney and seven cosponsors introduced the Thomas Jefferson Public Service Act of 2018. The act would  reduce the salary of each elected Member of Congress to $1 a year after they serve six (6) consecutive terms in the House or two (2) consecutive terms in the Senate, each totaling twelve years. The act would inevitably enact term limits by placing financial constraints on elected officials (or the poorest ones). It also bypasses the need for enacting a Constitutional amendment, which has been the unsuccessful traditional approach attempted in the past to create term limits.

GOP congressman proposes $1 salary for lawmakers who’ve been in office for more than 12 years in an attempt to impose term limits pic.twitter.com/RAqCUqrOaj

Interested in more national news? We've got you covered! See More National News
Previous Article There Is Some Evidence That The House GOP Delegation’s Messaging Initiative Is Working…
Next Article Sen. Cruz points out Trump’s exporting of U.S. oil is BRILLIANT