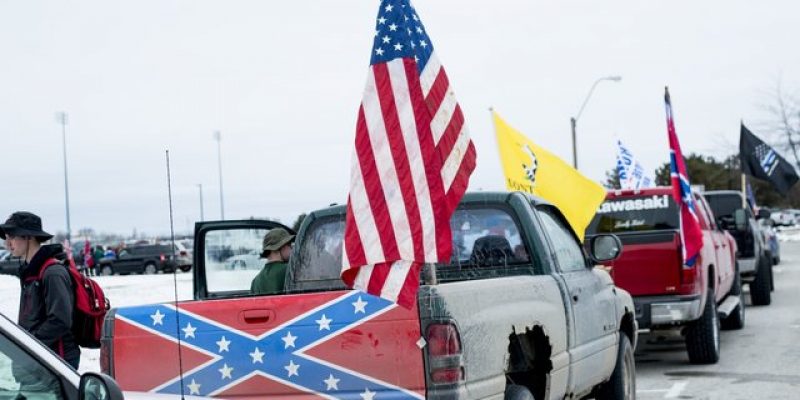 Auburn, MI – Bay City Western High School closed their doors after “unsubstantiated threats from outside the school district” caused concern for the safety of students. This followed a Confederate flag demonstration which involving student vehicles parked across the street while bearing the confederate flag.

Reports indicate that six students parked their vehicles with the flag attached or painted on their vehicles on Tuesday with additional vehicles joining them on Wednesday. The Middle School connected to the High School was shut down as well.

School Superintendent Stephen Bigelow says he received a call early Wednesday morning making him aware of a group of people planning to confront the students later in the day, he continued:

“We closed down because safety first,” Bigelow said. “We have to get to the bottom of what these rumors are.”

Bigelow said there isn’t much he can do regarding discipline due to freedom of speech protections and the fact that it was not on school property.

Around Noon, new reports indicate that the students and some parents have moved their demonstration to a nearby park and expressed hostility toward media reporters who they claim “have painted them as racist.” This will undoubtedly become a headache for local law enforcement who will also be concerned for the safety of the demonstrators and the possibility of physical conflict.

The civil-war era symbol has made countless appearances in recent news cycles after several cities and townships took initiatives to remove flags and relocate monuments from their historic resting places. The moves brought the topic to national attention which led to further debates in states across America and even vandalism of several historical sights including the graffit-ridden statue below of Confederate President Jefferson Davis. 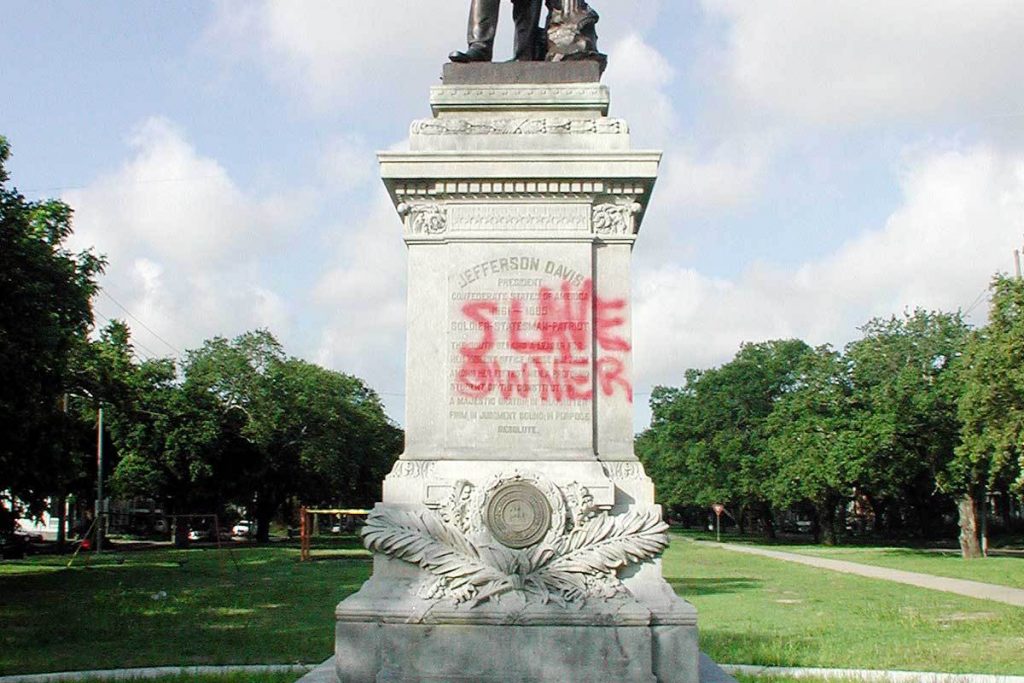 Louisiana experienced the dramatic discussion first-hand last May when New Orleans Mayor Mitch Landrieu received the praise of sympathizers and the ire of southerners upset over the removal of Confederate General Robert E. Lee. Advocates of such action claim that the symbols are a dark reminder of slavery, Jim Crow and segregation. Opponents argue that the moves are a by-product of political correctness and an attempt to erase history while disrespecting the lives of the fallen.

Today’s story made national headlines and surely got the students more than the attention they expected. The real emotions on both sides of the debate are a fresh reminder that the confederate flag controversy will not be fading away any time soon.