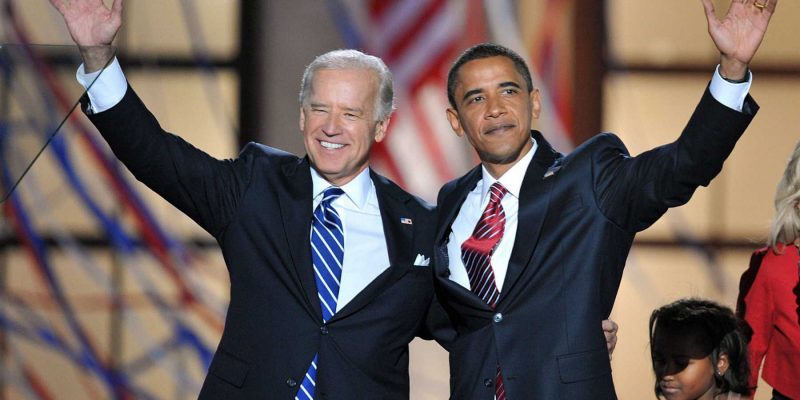 That’s right, former Vice President and detestable all-around character Joe Biden is considering a run for The White House. Most of our astute readers probably reacted to this headline with a laugh or eye-roll and we do not blame you. Joe Biden is like the stereotypical creepy uncle who you would never want anywhere near the Presidency, hence the nickname “Uncle Joe”. I’d bet that President Obama regretted that decision almost immediately.

The former Senator from Delaware made headlines earlier this year after saying he would beat President Donald Trump in a fist fight, saying he would have “taken him behind the gym and beat the hell out of ’em” in High School. Of course, that didn’t sit well with Trump who immediately shot back:

“Crazy Joe Biden is trying to act like a tough guy. Actually, he is weak, both mentally and physically, and yet he threatens me, for the second time, with physical assault. He doesn’t know me, but he would go down fast and hard, crying all the way. Don’t threaten people Joe!”

Joe Biden is infamous for two cringe-worthy habits, saying things that you’re supposed to keep in your head and much worse, inappropriately touching women and young girls. A quick google will reveal both of these inconvenient truths about the former Vice President.

His most well-known gaffe is widely considered to be when he told President Obama “this is a big f****** deal” in reference to the passage of Obamacare. He was on stage and just feet away from the microphone. Biden is like an ostrich who buries his head in the sand to avoid detection, he doesn’t always appear to have his wits about him. Though to his credit, he performed much better than critics anticipated in the 2012 Vice Presidential Debate.

Now to the latter of our problems with Uncle Joe, his disgusting tendency to disturbingly caress the wives and children of virtually anyone he comes in contact with. His routine often begins with a subtle hand on the shoulder, his version of a handshake. Then he whispers something in the victim’s ear that he probably intends to be disarming. After that comes the posing for photos with his hands on both shoulders and finally caressing the victim’s hair and face. On more than a few occasions, his hands tend to wander a little out of the comfort zone. And because he was the Vice President, everyone just laughs it away as their children squirm in their discomfort.

Below are just a few examples of his abhorrent behavior including a cringe-worthy photo of the longest hug ever recorded with none other than Hillary Clinton. Is this the behavior you’d accept from a future President? It was bad enough we had him in the number two spot for 8 long years. I suppose we should hope this is the best that the Democrats have to offer. 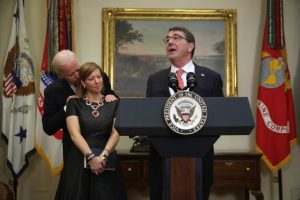 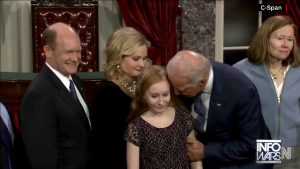 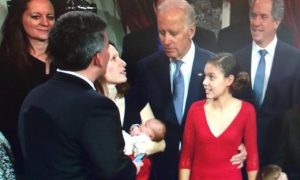 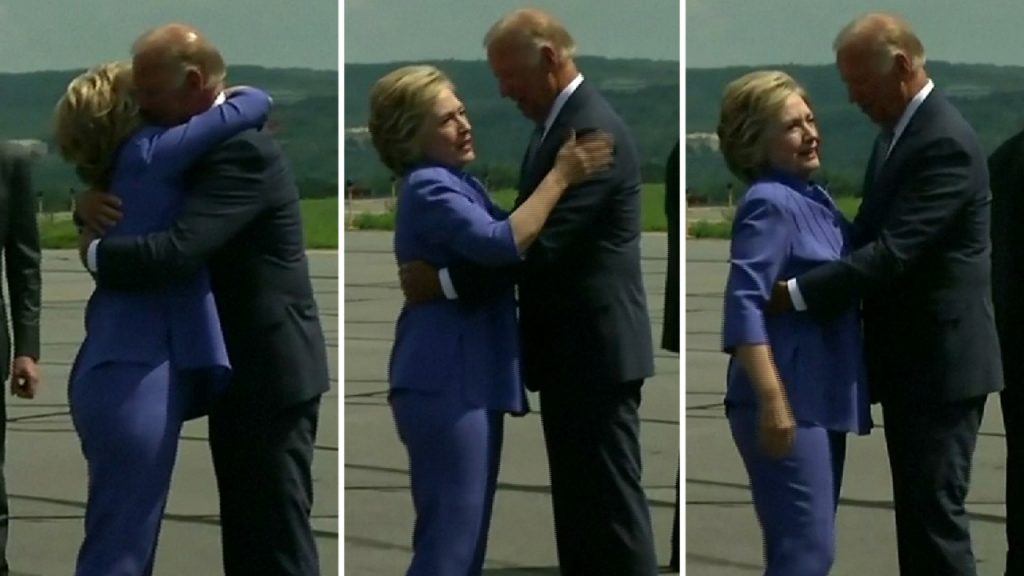 Interested in more national news? We've got you covered! See More National News
Previous Article If you haven’t heard these 911 calls it’s worth 9 minutes of your time [video]
Next Article SYRIA: US Forces Killed 200 Russian Mercenaries, Russian Journalist Mysteriously Falls To His Death