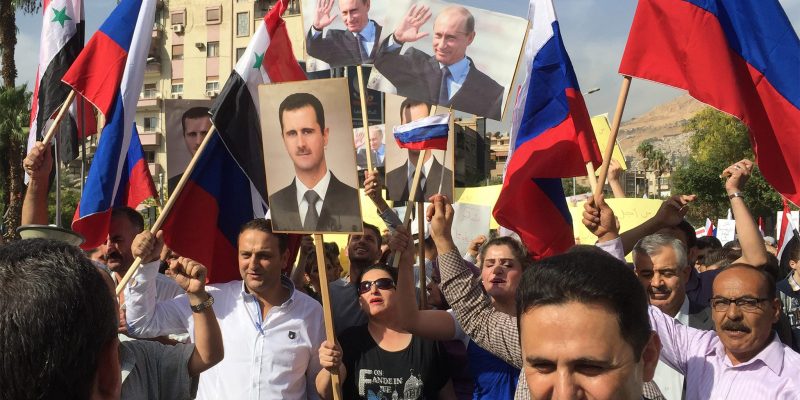 Like many Americans, the first time I heard of a large number of Russians being killed in Syria was last week during CIA Director Mike Pompeo’s Congressional testimony for his appointment to Secretary of State. While making his case that the Trump Administration has been tough on Russia, he explained, “In Syria, now, a handful of weeks ago, the Russians met their match and a couple of hundred Russians were killed.”

In February, US airstrikes in Syria killed as many as 200 Russian mercenaries. This was in response to an “unprovoked attack” by Russian and pro-Assad forces on a US ally, the Syrian Democratic Forces. It took weeks for the Russian government to acknowledge that “several dozen” were indeed “wounded or killed” but with emphasis that they were citizens, not soldiers.

One would imagine that a story of this magnitude, especially given the significant loss of life would be all over the news. It marks one of the only instances in history that the US government has taken credit for Russian deaths. It may be that both the United States and the Russian Federation are suppressing the story to avoid further escalation in what has become a volatile proxy war between the two superpowers.

I didn’t read too much into Mr. Pompeo’s comment until another aspect of the story made headlines- a Russian investigative journalist named Maxim Borodin mysteriously fell five stories to his death in Yekaterinburg, Russia, a city east of Moscow.  Borodin had been covering the Syria incident for weeks including looking into exactly who these mercenaries known as “The Wagner Group” were.

It certainly wouldn’t be the first time foul play was suspected in the death of a Russian journalist. To be clear, there is no evidence of that being the case but it is of course possible and certainly intriguing especially given the current state of Russian affairs.

Maxim recently revealed the identities of several of the mercenaries who were from the same region he lived and died in. He was also known for covering political scandals in Russia. According to the BBC,  Borodin’s friend Vyacheslav Bashkov described him as a “principled, honest journalist” and said Borodin had contacted him at five o’clock in the morning on April 11, saying there was “someone with a weapon on his balcony and people in camouflage and masks on the staircase landing”.

Borodin had been looking for a lawyer, he explained, although he later called him back saying he was wrong and that the security men had been taking part in some sort of exercise.

The BBC also points out that Russia is ranked 83 out of 100 countries for press freedom according to Freedomhouse. In fact, a newspaper editor was attacked the same day, in the same town as Borodin’s death.