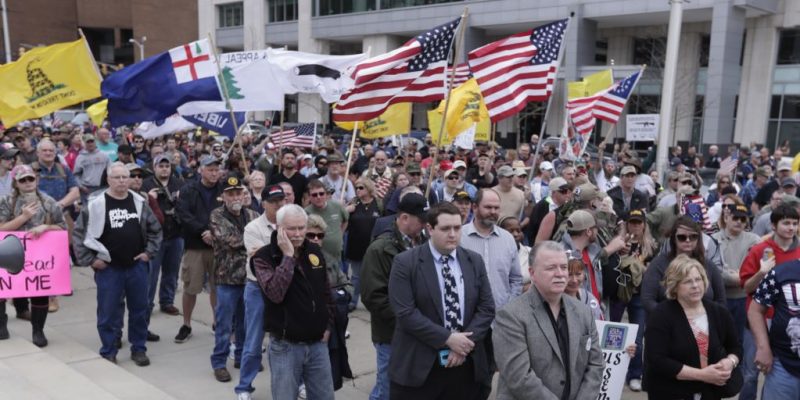 If you happened to drive by your State Capitol on Saturday, April 14, you may have been surprised to see the other side of the gun debate in the form of a Patriot holding an American flag or even one of those “assault” rifles the media has been obsessing over. No, it’s not the right-wing rebellion that keeps Hillary awake at night, it’s just conservatives peacefully exercising their First Amendment right in defense of the 2nd Amendment. 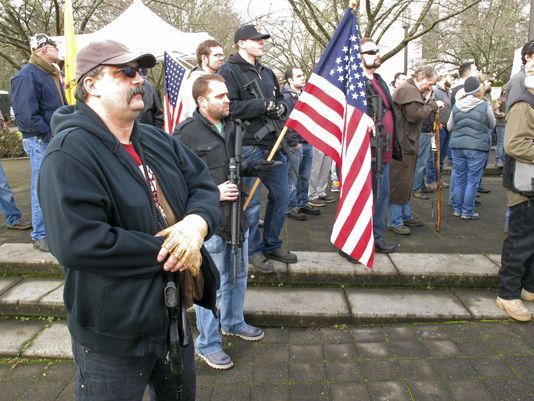 The nation-wide event dubbed “Americans for America” included 45 planned rallies which were organized by a partnership of Oath Keepers and The National Constitutional Coalition of Patriotic Americans. That’s a mouthful but one that tastes like Grandma’s all-american apple pie. The group encouraged law-abiding advocates of self defense to rally at State Capitols across the nation and from coast to coast, hundreds of constitution-defending Americans did just that. The Hayride can confirm that rallies took place in Maine, Maryland, Nevada, Georgia, Utah, Virginia, Montana, Wyoming, Illinois, Connecticut, Vermont, Massachusetts, North Carolina, Pennsylvania, Florida, Indiana, Texas, Iowa and Arizona. 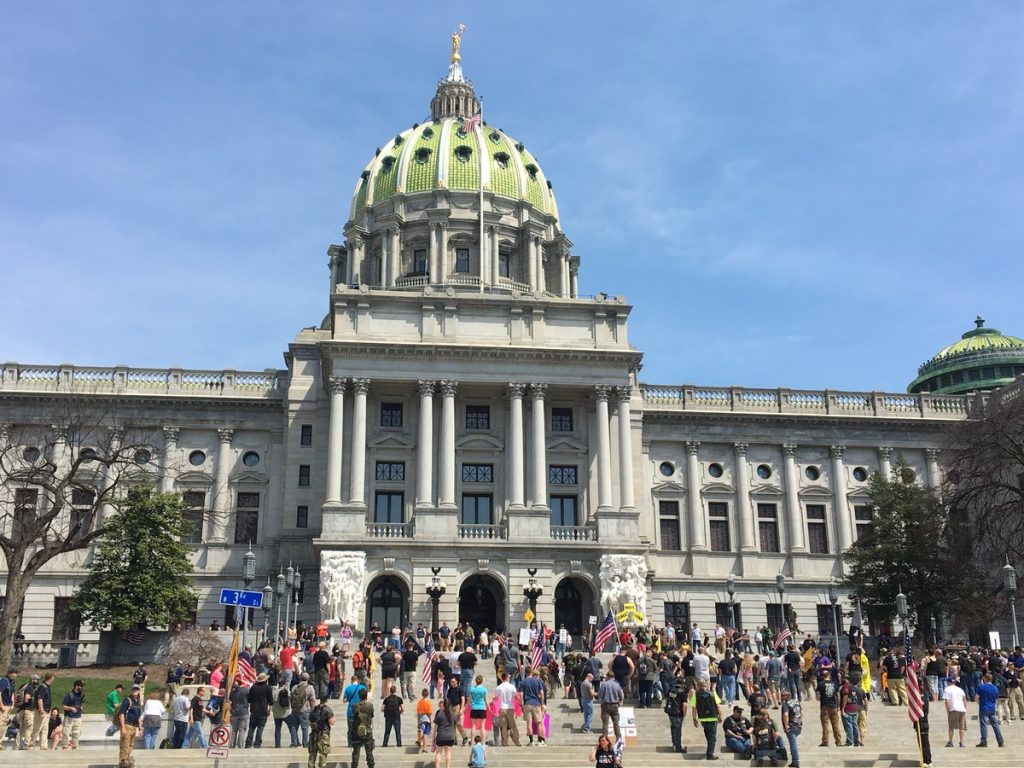 These peaceful protesters are the antithesis of the angry, blood-sucking racists that the mainstream media would have you believe they are. They are simply mothers and fathers, sons and daughters, police officers and firemen determined to protect their families and push back against the never-ending persecution waged by the liberal elite who just can not understand the nature and purpose of the 2nd Amendment. 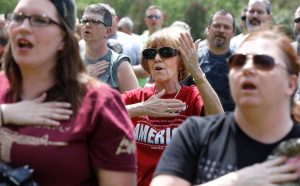 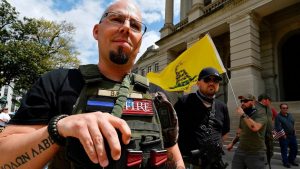 Flags of America waved proudly including the “Don’t Tread On Me”, “Come And Take It” and “Three Percenter” flags. Many creative homemade signs were on display including ones that read “Good guys with guns”, “No guns no freedom” and my personal favorite, “If more sane people were armed, crazy people would get off fewer shots.” 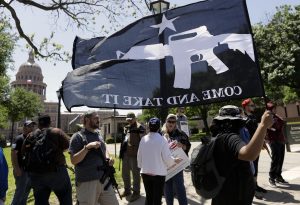 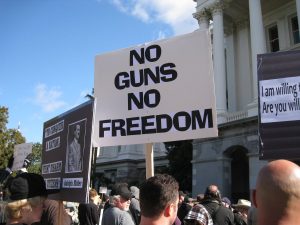