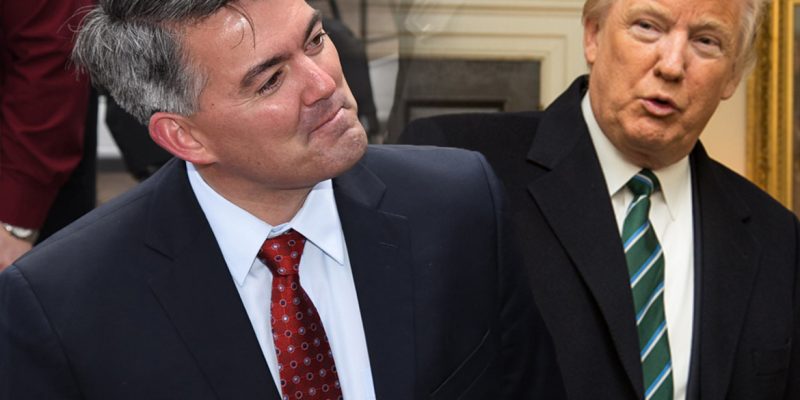 President Trump told Senator Cory Gardner (R-CO) late Wednesday that he is committed to protecting States which have legalized marijuana and signing a legislative fix to the controversy. This is likely to be a sore spot in the already strained relationship between Trump and Attorney General Jeff Sessions, an ardent and lifelong defender of cannabis prohibition.

Senator Gardner subsequently announced that he will lift his blockade of the Administration’s appointments to the Department of Justice after a series of phone calls from President Trump.

“Since the campaign, President Trump has consistently supported states’ rights to decide for themselves how best to approach marijuana.” -U.S. Senator Cory Gardner (R-CO)

The news of the legislative deal comes after Gardner placed a hold on Justice Department nominees in protest of US Attorney General Jeff Sessions’s rescinding of an Obama-era memo that encouraged the DoJ to allow states to implement their own marijuana laws.

The Republican Senator from Colorado issued the following statement on Thursday:

“Late Wednesday, I received a commitment from the President that the Department of Justice’s rescission of the Cole memo will not impact Colorado’s legal marijuana industry. President Trump has assured me that he will support a federalism-based legislative solution to fix this states’ rights issue once and for all. Because of these commitments, I have informed the Administration that I will be lifting my remaining holds on Department of Justice nominees. My colleagues and I are continuing to work diligently on a bipartisan legislative solution that can pass Congress and head to the President’s desk to deliver on his campaign position.”

Gardner added that he “would envision this legislation taking care of” tax issues as well.

In a briefing with reporters on Friday afternoon, White House Press Secretary Sarah Huckabee Sanders confirmed the development, calling Gardner’s statement “accurate.” She added, “We’re always consulting Congress about issues including states’ rights, of which the president is a firm believer.”

The change would be a drastic policy shift for the federal government but not for Donald Trump who said on the campaign trail, “In terms of marijuana and legalization, I think that should be a state issue, state-by-state.”

The Colorado Senator also said that he and Sens. Rand Paul (R-KY) and Michael Bennet (D-CO) among others are close to finalizing a draft bill, which will be “hopefully moving soon.”