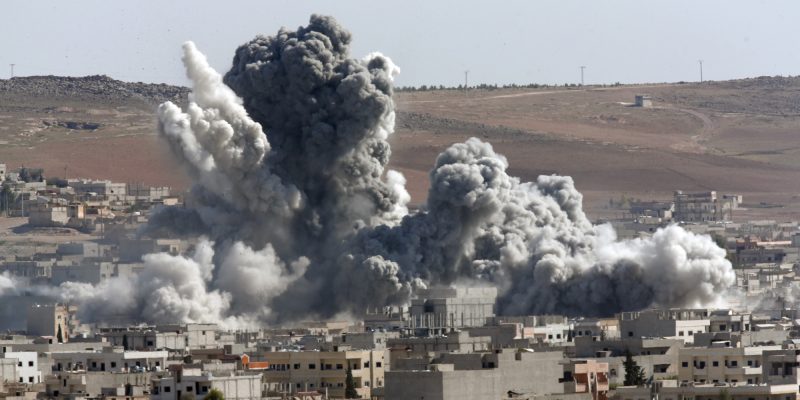 On Friday, President Trump announced and carried out a series of targeted strikes on military bases in Syria with the help of the UK and France. Analysts say at least 30 missiles were fired, about half as many as were used roughly one year ago after citing another instance of chemical weapons use.

Syrian officials claim that a preemptive warning from Russia allowed them the time needed to evacuate all bases. Russian President Vladimir Putin responded by saying,

“With their actions, the U.S. is deepening a humanitarian catastrophe in Syria. We are calling for an emergency UN Security Council meeting to discuss the situation.” Putin called the missile strikes an “act of aggression against a sovereign state”

Russian Ambassador to the US, Anatoly Antonov released the following statement:

“The worst expectations have materialized. Our warnings fell on deaf ears. A pre-planned scenario is being acted on. We are being threatened again… We have warned that such actions will not remain without consequences. All responsibility for them rests with Washington, London and Paris.”

Several lawmakers, including about 15 Republicans criticized the President for not seeking Congressional approval which they say is required by the Constitution. A letter was signed and sent to the White House by roughly 100 U.S. Representatives ahead of the attack, it reads:

We write you as a bipartisan group of colleagues with a shared concern, as we did with the prior administration in 2013… We strongly urge you to consult and receive authorization from Congress before ordering additional use of U.S. military force in Syria. Your responsibility to do so is prescribed in the Constitution and the War Powers Resolution of 1973…”

Before becoming President, Donald Trump himself was very vocal about these same sentiments and the need to stay out of Syria: 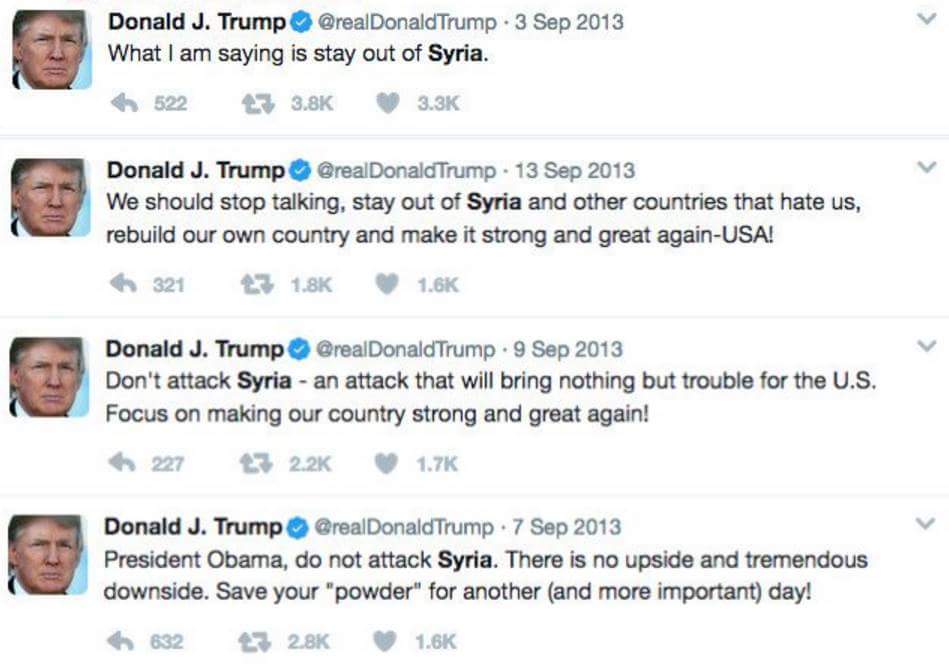