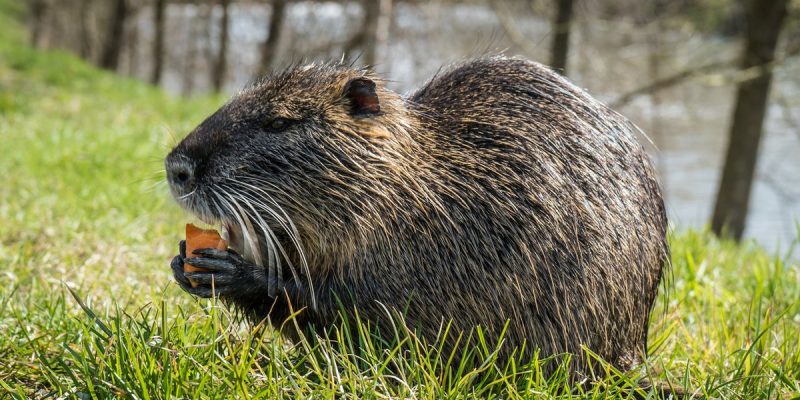 But most of you don’t wanna hear it. We get excluded from the conversation, on account of we’re ugly, that we’re not cuddly enough, or that we’re an “invasive species.” Like, really. Tell that to the Chitimachas or the Tunica-Biloxis, because they’re real interested in hearin’ a bunch of yats from New Orleans or coonasses from Lafayette, whose people came from across an ocean, talk about an invasive species. Or that we mess up the marshland where we live at, when there wasn’t a single nutria ever got hired by the Army Corpse of Engineers to levee up the Mississippi.

Y’all’s other thing is we ain’t good eatin’. That part I agree with y’all on. Let’s stick to that one. We don’t need any killin’ and eatin’; y’all can do just fine with alligators on that one.

But things are startin’ to turn around, because it looks like Corporate America is comin’ on board with what we coulda told y’all a long time ago. Like I said, we know how to eat healthy – an’ the Lean Cuisine guys are listenin’.

Finally, they’ve figured out what to do with all those invasive nutria. Turn them into nutrition coaches.

At first glance, that seems to be the goal of Lean Cuisine’s new nutrition program, which is taking a ribbing on social media, especially in South Louisiana. This is in large part due to its URL: nutriacoach.com.

The website asks the question: “What is nutria?” and then goes on to explain that it is “the next step in personalized nutrition. With insights from your DNA, we partner with experienced nutritionists to provide you with customized meal plans that empower you to make better food choices.”

No, son, nutria are invasive rodents devouring our wetlands. (If only they’d left off the “a,” right?)

Under “FAQs,” you’ll find answers to questions such as: “What does a typical day with Nutria look like?” and “What can I ask Nutria?” and “What time are Nutria coaches available?”

Allz I can say is it’s a damn shame that a bunch of Yankee corporate guys get it, an’ come down here and hire up a bunch of us Louisiana natives – all right, fine; we’re Latin American transplants but deal with it – to do some good, and instead of gettin’ our props we get laughed at instead.

That’s OK. We’re used to it. It’s fine. But while we’re busy explainin’ proper nutrition to fat chicks from South Dakota, y’all will still be gettin’ that diabetus from pork cracklins and doberge cake y’all eat. And we’ll see who comes out best in the end.

Interested in more news from Louisiana? We've got you covered! See More Louisiana News
Previous Article Are The Teacher Unions In Louisiana Laying The Groundwork For A Strike?
Next Article Louisiana State House Defends Gun Rights