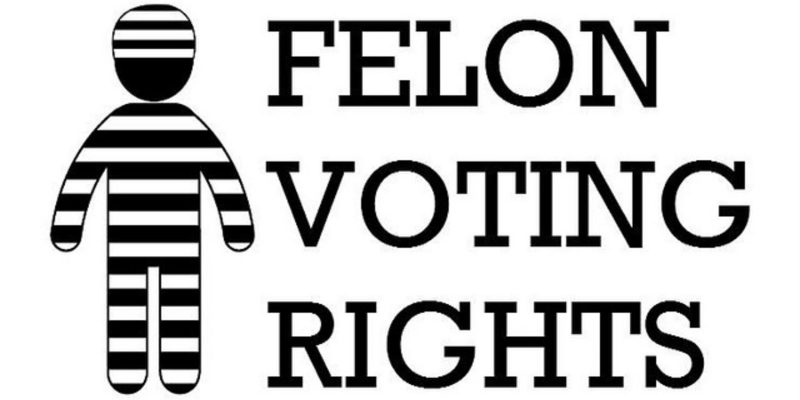 Governor Rick Scott and Attorney General Pam Bondi are appealing a federal judge’s order to restore voting rights to convicted felons in Florida who have been released from prison. The suit was filed against the state by The Fair Elections Legal Network on behalf of nine felons. The case is pending before a federal appeals court.

According to The Tampa Bay Times, “Scott was the principal architect of the current system that requires all felons to wait at least five years after they complete their sentences, serve probation and pay all restitution, to apply for [the] right to vote and other civil rights.”

U.S. District Court Judge Mark Walker ordered the state to devise a plan to restore voter rights. He ruled in a recent case that “the disenfranchisement of felons who have served their time is “nonsensical” and a violation of the First and 14thAmendments to the U.S. Constitution.”

The state argues Florida voters should make the decision. In November, voters will also be asked in November if they approve or reject state policy that would restore felons’ voting rights.

The Florida State Constitution bars convicted felons for life from voting, even after they’ve served their prison sentence. Only the governor and three cabinet members can restore their voting rights.

“Rather than comply with the requirements of the U.S. Constitution, they insist on doing whatever they want with hundreds of thousands of Floridians voting rights,” Judge Walker said. After the ruling, former governor Charlie Crist tweeted:

We’ve known this policy was unjust, and today a federal judge confirmed it’s also a violation of constitutional rights. Justice will prevail! https://t.co/H8Op4PdgkX

Governor Scott created a clemency board in 2011, which hears roughly 400 cases a year. There is currently a backlog of more than 10,000 cases. The board rarely restores felons’ voting rights.

According to the Brennan Center for Justice, 1.5 million Floridians are currently ineligible to vote due to past felony convictions.

Interested in more national news? We've got you covered! See More National News
Previous Article It’s Been A Great Day For Steve Scalise, and Zuckerberg Is Only Helping
Next Article Louisiana receives $1.2B in HUD flood disaster recovery grants