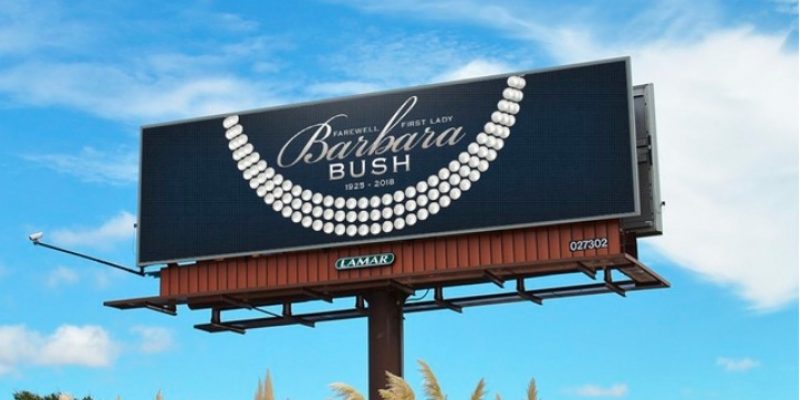 Roughly 1,500 people will attend former First Lady Barbara Bush’s funeral today, which is being held at St. Martin’s Episcopal Church. The invitation-only funeral service is scheduled to begin at 11 a.m. at the church where the Bushes regularly attended services.

After the service, a motorcade will transport Barbara Bush’s body 90 miles northwest to the George Bush Presidential Library Center on the Texas A&M University campus in College Station. She will be buried behind the library in a gated plot surrounded by trees and near a creek where the couple’s 3-year-old daughter, Robin, is buried, who died from leukemia in 1953.

Barbara chose the speakers for her funeral: Her son and former governor of Florida, Jeb Bush; her longtime friend, Susan Baker, the wife of the former Secretary of State, James A. Baker III; and historian, Jon Meacham, her husband’s biographer.

In attendance will be former president Barack Obama and Bill Clinton and their spouses, and First Lady Melania Trump. Among family, friends, businessmen and dignitaries, will also be the Syrian national and owner of Fuzzy’s Pizza and Cafe, Fawaz Hajjar, and his wife, Rita Hajjar, USA Today reports. The Bushes were regulars at Fuzzy’s for more than 25 years and became close friends with the Hajjars, even inviting them to birthday parties and sharing dinners. Rita Hajjar told USA Today, “It’s unfortunate to lose such a woman. People truly loved her.”

The Bushes moved 29 times during their marriage. They settled in Houston in 1959, according to the National First Ladies’ Library, when George H.W. Bush began his career in politics. He was first elected as the Republican Party chairman of Harris County in 1962.

The Bushes lived in Houston for six decades and became very much a part of the local community. They attended theater performances, Astros games, hosted and attended charity events, and, helped thousands of Houston-area children through the Barbara Bush Houston Literacy Foundation.

The following is the schedule for today:

10:45 AM Prayer led by Russ Levenson for First Families:

Bush granddaughters and grandchildren’s spouses are escorted to their seats:

12:30 PM The remains will be carried from the church by the grandsons. 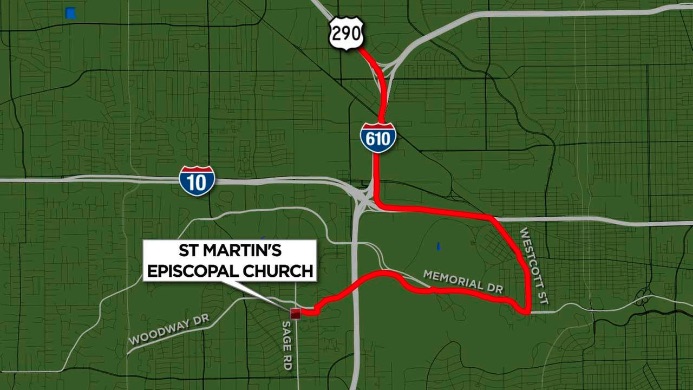 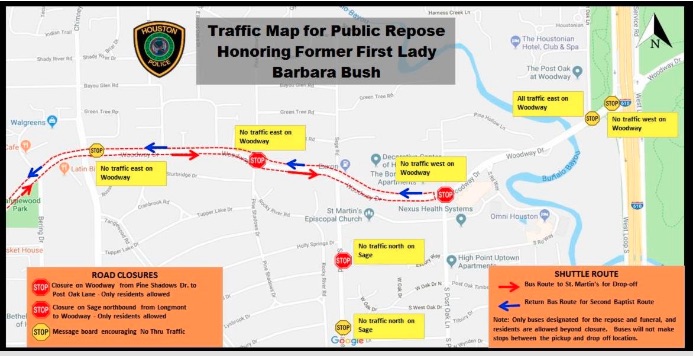