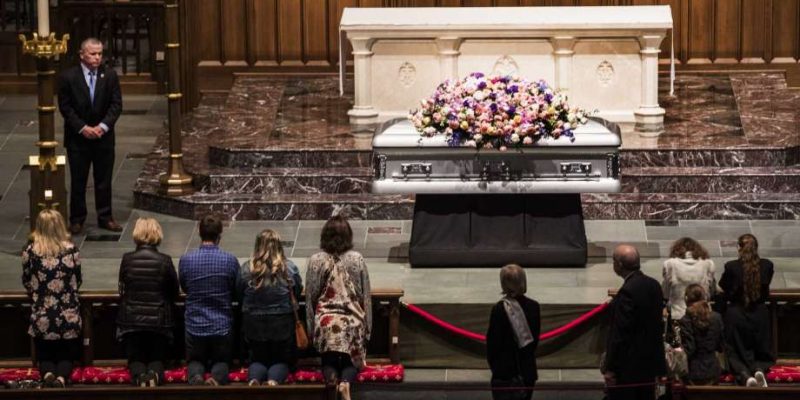 George H.W. Bush personally greeted mourners, along with his daughter, Doro, in the sanctuary of St. Martin’s Episcopal Church in Houston where the couple had worshipped. She lay in a rose-draped silver casket. Well-wishers commended his wife’s dedication to literacy and childhood education.

Mourners waited in line for hours; many women wore blue and pearls, in honor of Mrs. Bush’s favorite color and standard jewelry.

Former President @GeorgeHWBush with his daughter Doro paying his respects to his wife of 73 years, the amazing Barbara Bush, and greeting well-wishers there at St. Martin's Church today. pic.twitter.com/5Kwn0U9k25

Neil Bush thanking @houstonpolice standing guard at his mother's viewing. He told them "She lived an amazing life" #abc13eyewitness pic.twitter.com/AniZrekUhN