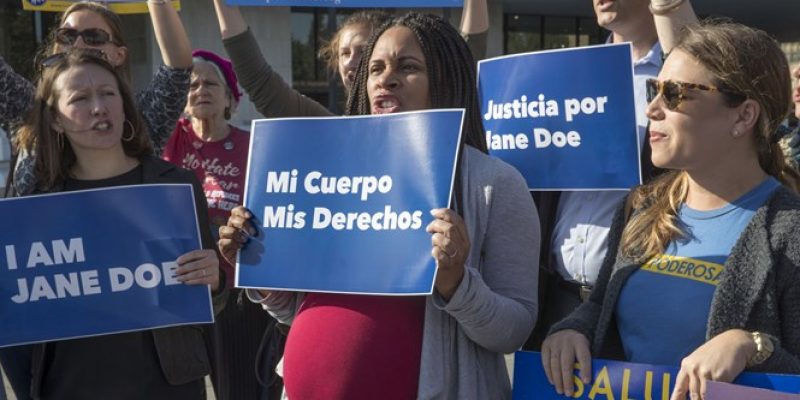 Judge Tanya S. Chutkan, an Obama-era appointee to U.S. District Court in Washington, D.C., ordered the Trump administration to grant pregnant illegal aliens in U.S. custody unfettered access to abortions. She argued– the illegals have a constitutional right to abortion.

But what she’s really allowing access to has become known as “abortion tourism.” Illegal alien teenage girls (most of whom are minors) enter the U.S. illegally specifically to have an abortion because in their country of origin the laws prohibit them from doing so. Government officials have warned of the practice being increasingly used, and suggest that the girls be deported to their home countries.

Chutkan disagreed; saying, “This court will not sanction any policy or practice that forces vulnerable young women to make such a choice.”

The Obama judge also granted “class-action status” to all pregnant illegal immigrant teenagers who illegally entered the U.S. as unaccompanied alien children (UAC). Through her ruling, Chutkan hopes to impose a nationwide policy that government officials must follow in all future cases: make illegals aware that they can have abortions in the U.S.

According to news reports, as of early March there were 38 pregnant UAC in Washington, D.C.; nearly 2,000 went through U.S. custody between 2014 and 2016. Whether or not and how many of them were seeking abortions remains unclear.

However, Judge Chutkan argued that whether or not they were seeking abortions was irrelevant (even though she was ruling on access to abortion), what mattered was the total number of pregnant illegals to determine the right to class-action status.

Prior to Chutkan’s ruling, a three-judge panel of the U.S. Circuit Court of Appeals for the District of Columbia overturned a ruling that granted specific illegal aliens access to abortions. Their ruling was overturned by the full D.C. circuit.

The Trump administration had petitioned the U.S. Supreme Court to hear the case.

The illegal aliens in question are primarily a result of former President Obama’s DACA deportation amnesty policy. A flood of children traveling without their parents–UACs–began in 2014, picked up at the border by Department of Homeland Security buses that drove them to facilities to enter them into the U.S. welfare system.

Fortunately, within the first five months of 2018, U.S. Border Patrol and Immigration have caught roughly 21,000 UAC attempting to illegally enter the U.S. at the Mexican border.

Unfortunately, once they are caught, they are not deported. The U.S. Department of Health and Human Services attempts to place them relatives or sponsors who most often are also in the U.S. illegally—or places them in government-contracted shelters.

The Trump administration argues that as long as UACs are in custody, the government will not transport them to have abortions. Transporting them means more taxpayer money spent on abortions, which it discourages. Judge Chutkan not only argues for the illegals to come– but to have unfettered access to abortions at taxpayer expense.

Interested in more national news? We've got you covered! See More National News
Previous Article Sign the petition: No Islam in Public Schools
Next Article BROUSSARD: There Is Something Very Fishy About The Library Tax On Saturday’s Ballot In Lafayette