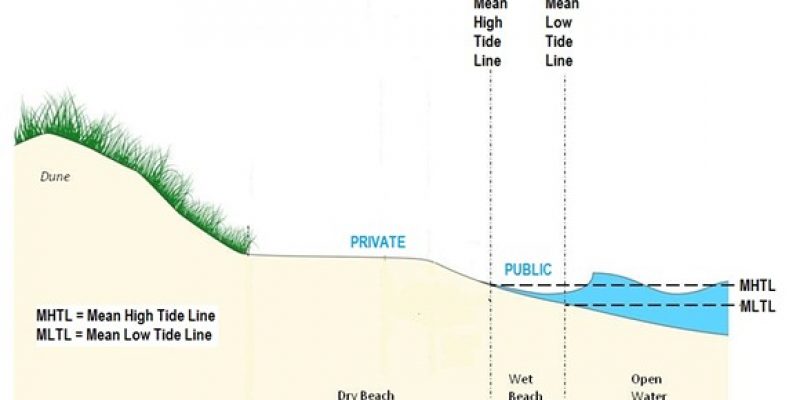 A new Florida law will make it easier for beachfront property owners to kick off people from their private beach property starting July 1 thanks to a new law signed by Gov. Rick Scott last month.

In Florida, the “wet sand” area below the mean high water line, toward the sea, is public. The “dry sand” area above that belongs to the property owner. Existing law restricts local governments from adopting ordinances related to “customary use,” a principle that establishes guidelines for public access to private beaches even if owners don’t want the public on their beaches. The new law benefits the property owner, making it harder for local governments to establish public access on private properties.

The Tampa Bay Times reports that about 60 percent of Florida’s beach property is privately owned.

People who oppose the measure, like former Miami Beach Mayor Philip Levine, who said it was “ridiculous,” argue the beach should be accessible to everyone– even someone’s private property (other than his of course).

Levine, who is running for governor argued, “Why would we want to take away one of the most basic rights of our residents and do something that could hurt our tourism economy? People visit Florida to be able to walk the beach freely and without being accosted whether they are on dry sand or wet sand.”

However, it’s property owners who pay taxes and whose property should be safeguarded from vagrants and trespassers, they argue. And lawmakers agree with them.