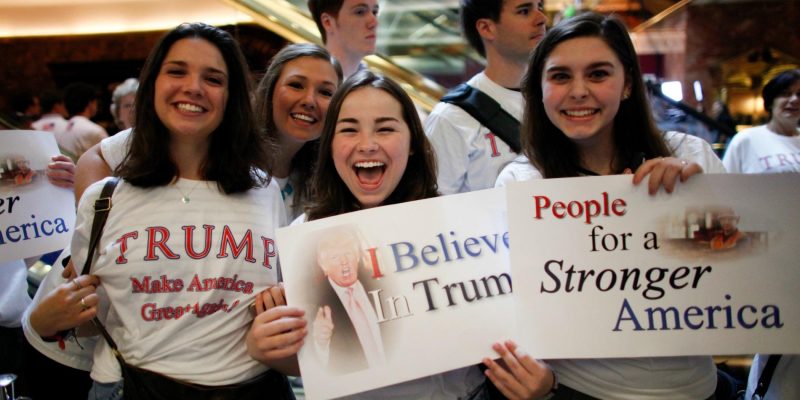 A new Reuters poll indicates that young voters are dropping the title of “Democrats”, spelling doom for the Democrat Party. With mid-term elections just 7 months away, it is an alarming trend for liberal strategists who have come to depend on the support of the youth.

An online survey of 16,000 voters aged 18-34 revealed that only 46% would choose a generic Democrat over a generic Republican. That is a nine point drop from the exact same poll in 2016. Democrats have seen their advantage among young white voters erased from 47 to 33, to being tied at 39.

While nearly two thirds of respondents dislike President Trump, that lack of favorability did not automatically transfer to other Republicans. The Tax Cuts and Jobs Act of 2017 is widely considered to be improving the Republican image and presenting evidence that the GOP cares about ordinary people. 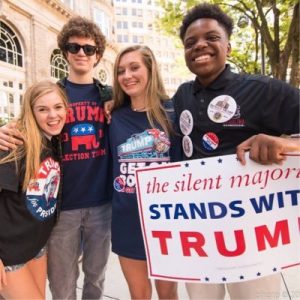 To make matters worse, the DNC is still reeling over the division caused by the 2016 Democrat Primary in which youth-favored candidate Bernie Sanders was likely sabotaged by established Democrats in favor of nominating Hillary Clinton. The heavy-handed approach to the primary process has caused many of Senator Sanders’ supporters to become disenfranchised.

In an effort to reverse this trend, Democrat leadership recently announced support for the movement to decriminalize marijuana, an issue which remained fringe until recent months. Democrats see it as their opportunity to reverse a startling trend since the initiative is overwhelmingly favored by about 70% of young Americans. While Attorney General sessions has made his opposition clear, President Trump has not particularly after his commitment to Colorado Republican Senator Cory Gardner to leave legal states alone.

Republicans are divided on the issue which presents Democrats with the unique opportunity to take credit for the most popular issue among young voters. However, in order to deliver results with a Republican majority in both houses of Congress, they will have to recruit some GOP support or simply hope for a November surprise that delivers them control of the legislature.

The fact that a demographic which was all but taken for granted is now up for grabs is a very good sign for Republicans going into 2018 and even beyond in 2020. If this trend continues, it will leave a vast hole in the left’s arsenal, cripple their electoral strength for years to come and even present opportunities for the GOP to gain ground in newfound purple territory.