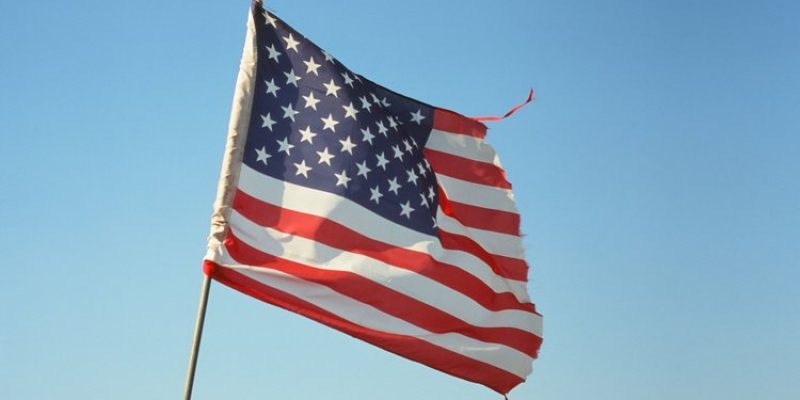 “The Geography of Social Capital in America”  Sen. Lee argues, is “the clearest picture ever taken of the health of American communities, state-by-state and county-by-county,” Lee said.

The report reveals that more Americans live in struggling communities than in flourishing ones. Three times as many Americans (29 percent) live in the weakest 10 states than those who live in the strongest ten (9 percent).

“In many areas in these states, the institutions and values that support healthy relationships have broken down,” Lee wrote in a newsletter to constituents. “Churches and civic groups are not the support network and wellspring of meaning and moral education that they once were. This breakdown of community has left individuals to fend for themselves in increasing isolation.”

Despite reports of national economic growth, many families and communities are struggling with social challenges (addiction, family breakdown, and isolation), Lee noted.

“Genuine human connections are the foundation of a happy life,” he wrote. “They occur at home, but also in the community in churches, civic groups, neighborhood gatherings, and workplaces. Social scientists refer to these connections as ‘social capital.’” He makes a point of emphasizing that social capital is “more precious” than money.

John Phelan, of the Minneapolis-based American Experiment think tank, argues that social capital must be the contributing factor incorporated in the indexes WalletHub used to rank the least and most stressed states in America. Minnesota is ranked as the “least stressed state in America,” as previously reported by Watchdog.org. Phelan notes that “none of Minnesota’s neighboring states has a rank higher than 46th – this ranking is not an outcome of state government policy but of something else.”

The Social Capital Project report supports Phelan’s suggestion about the WalletHub findings. States with high social capital are located in the West, Midwest, and Northeast. Following Utah, Minnesota, and Wisconsin, the other states with high social capital are all in the West/Midwest: Colorado, Wyoming, North and South Dakota, Nebraska, Iowa. Three others in the top 12 are in New England: Maine, New Hampshire, and Vermont.

Likewise, in Louisiana, “the most stressed state,” WalletHub analyst Jill Gonzalez said that it earned its ranking “because its residents have more reason to worry about work, money, their families, and their health and safety.”

Daniel J. Erspamer, CEO of the Pelican Institute for Public Policy, added that Louisianans are the most stressed because of “an antiquated and complicated system of government” that has led to “low employment, low wages, high crime, and staggering poverty, all of which are reflected in this study.”

The Social Capital Project report identifies the 11 states with the lowest levels of social capital as all located in the South and Southwest, except for New York.

The purpose of the project was to investigate “the evolving nature, quality, and importance of our associational life.” This type of life, the project defines, is how various relationships are interconnected. How are family, community, work or other social outlets connected? How do they shape each other for the good or bad?

Social capital is a driving factor of a state’s or nation’s success or failure, Lee says. In order to assess public policies to address America’s social capital challenges, Lee argues that a high-quality contemporary measure of social capital at the state and local level is necessary. In order to encourage societal flourishing, and promote meaningful public policy changes, identifying where struggles exist is important.

The Social Capital Index includes a map of the states with the most and least social capital. The report identifies economic, social, and other demographic indicators that shape social capital, which the project assesses: family unity, family interaction, social support, community health, institutional health, collective efficacy, and philanthropic health.

Of those living in 17 southern states that fall in the bottom 20, the majority – six in ten (59 percent) – live in bottom-fifth counties.

At the county level, the highest correlations of social capital were violent crime (-0.73), the share of children with a single parent (-0.71), the share of adults currently married (0.69), voting rates (0.59), and nonprofits plus congregations (0.57).

Interested in more national news? We've got you covered! See More National News
Previous Article BATISTE: You Are The Problem With New Orleans, Mayor Landrieu, Not Monuments
Next Article Are They Going To Have An Administrative Shakeup In LSU Athletics?