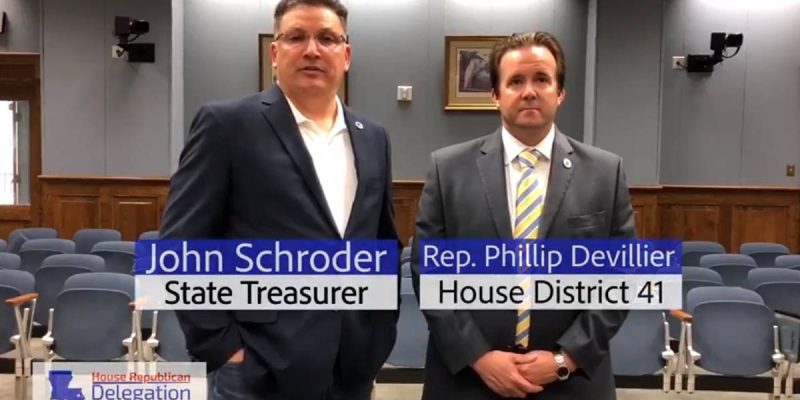 We’re fans of HB 122, Rep. Phillip DeVillier’s bill that would prohibit non-governmental organizations from receiving capital outlay funds. That’s a bill which puts a lot of money back on the table which could be used on roads and bridges and other infrastructure needs, not to mention it eliminates the potential for corruption; some of those NGO’s are nothing but politically connected scams designed to put money in the pockets of greaseballs.

The bill rolled through the House, catching a 66-28 wave on the House floor last week, but it’s the kind of bill which tends to die in a Louisiana Senate infested with crooks, leftists and lickspittles of Gov. John Bel Edwards in both parties. The Senate’s Revenue and Fiscal Affairs Committee, which is going to hear the bill next, is an absolute nightmare, filled with some of the very people whose abuse of the capital outlay process this bill would address.

So messaging the bill in advance with an eye toward building some public support for it is a good idea – not so much because public demand would necessarily carry the bill past that meat-grinder of a committee, but to make it a political cause celebre that someone might run on next year and others would bleed for their opposition.

We have some competence and honesty at the state level. Not a lot. And especially not with the capital outlay process, which is exactly as Schroder says it is – which is why U.S. News and World Report ranked Louisiana 45th in road infrastructure.

Interested in more news from Louisiana? We've got you covered! See More Louisiana News
Previous Article It Happened: What Is Hillary Clinton Complaining About Now?
Next Article If You Want To Know How Well Louisiana Puts Our People To Work This Graph Will Educate You