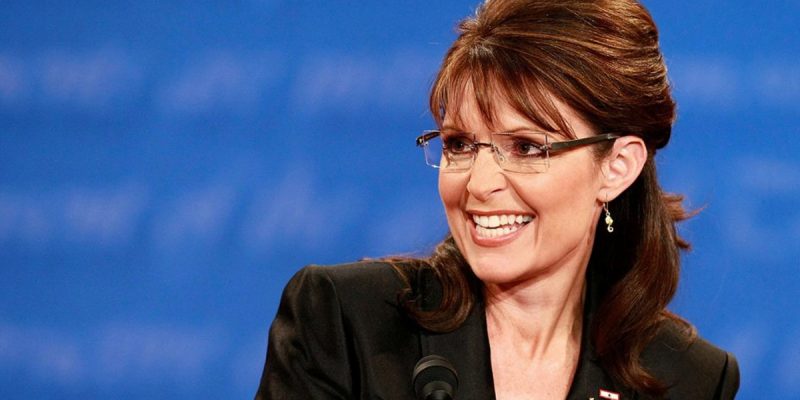 In his new book, The Restless Wave, and in an upcoming HBO documentary, U.S. Senator John McCain (R-AZ) expresses regret about choosing former Alaska Governor Sarah Palin as his vice presidential running mate in the 2008 election. According to The New York Times, in the documentary, McCain refers to the Palin selection as “another mistake” he made in a long political career.

In his new book, McCain reportedly claims that former Connecticut Senator Joe Lieberman, a Democrat, would have been a better choice for the ticket. McCain noted that his advisers convinced him not to choose the Democrat, so he picked the relatively unknown Alaska Governor.

The “maverick” McCain has made a career out of trashing Republicans and “reaching across the aisle” to his friends in the Democratic Party. Of course, he would have preferred Lieberman, who is liberal on fiscal and social issues. A McCain-Lieberman ticket would have been a disaster and lost in a landslide. The only thing that prevented McCain from losing to Barack Obama in a total blowout was Sarah Palin.

While the 2008 was not a rout, Obama handily won both the popular vote and the Electoral College. On the campaign trail, McCain failed to connect with the American people and was nowhere near as smooth or polished as Obama. In the debates, McCain performed badly and was easily dispatched by his opponent, a better politician and presidential candidate.

Instead of being a mistake, selecting Sarah Palin was the best thing to happen to the 2008 McCain campaign. At the GOP convention, she gave a fiery speech that energized the delegates. In her only vice presidential debate against Joe Biden, Palin performed admirably.

On the campaign trail, Palin provided a spark, displaying much needed energy and enthusiasm. While McCain was a poor communicator and lacked vigor, Palin was a powerful speaker who exuded vitality and dynamism.

As the vice presidential candidate Palin was able to rally conservatives, who were unexcited about McCain, and encourage those voters to support the GOP ticket. It was Sarah Palin who helped create the powerful Tea Party movement that drove the Republican agenda for several years. In contrast, McCain was very unpopular with Tea Party groups. His moderate to liberal positions on a number of issues were more in tune with Barack Obama than the Republican Party.

As a presidential candidate, McCain refused to attack many of Obama’s extremely liberal positions. He even scolded talk show host Bill Cunningham for mentioning Obama’s middle name of Hussein at a rally. McCain said the campaign did not want to engage in such tactics. Of course, there was nothing wrong with mentioning Obama’s middle name or blasting his horrible platform.

McCain is a patriot who loves his country. He should be commended for his public service and his bravery as a prisoner of war in Vietnam for over five years. Unfortunately, in these last few years, he has turned very negative and has focused most of his attacks on the Republican Party.

His votes have also become especially unpredictable and have often been in conflict with his campaign rhetoric. For example, when he was running for re-election to the U.S. Senate, McCain promised the people of Arizona he would vote to repeal Obamacare. Unfortunately, after he was safely re-elected, McCain turned his back on his constituents and cast the deciding vote to retain Obamacare. He seemed to relish the opportunity to vote against President Trump and members of his own party.

Instead of being grateful to the GOP for honoring him with their presidential nomination, he seems bitter that he was not elected President. However, he has no one to blame but himself. McCain lost the race because he was a horrible candidate and refused to exploit the many weaknesses of his opponent.  He should have followed the example of his running mate who effectively attacked Obama’s liberal positions and made a compelling case for conservative policies.

While Sarah Palin served her party with distinction, she was not given any respect by McCain campaign officials or the Republican Party. Over the last ten years, she said that McCain “repeatedly” apologized for how she was treated during the campaign. As a result, when Palin heard that McCain regretted choosing her, she said it felt “like a perpetual gut punch.”

Sarah Palin deserved much better treatment. No vice presidential candidate in American history has been subjected to as much criticism and abuse. She became the target for Republican elites who hated her style and for comedians who hated her conservatism and her pro-life stance and even mocked her for having a Down’s syndrome child.

Through it all, she handled the pressure with grace and class. Instead of regret, Senator McCain should express nothing but gratitude that Sarah Palin accepted his offer to be his running mate.